Obamacare repeal could bankrupt some parents of autistic kids

Obamacare repeal could bankrupt some parents of autistic kids 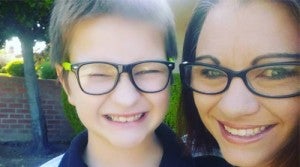 SAN FRANCISCO – As a parent of a 10-year-old son diagnosed with autism and a wide range of dental and medical issues, Christina Clark knows how critical it is for her son to remain on health insurance.

The 12 hours of behavioral therapy he gets each week for autism could cost around $2,000 a month, which the single stay-at-home mother of two says would bankrupt her in a trice.

Depending on the diagnosis and treatment intensity, behavioral health treatment could cost upwards of $60,000 per year per person.

Clark and thousands of parents with children diagnosed with autism could very well spiral into bankruptcy if President-elect Donald Trump and his Republican supporters make good on his threat to repeal the Affordable Care Act (ACA), President Obama’s signature legislation that passed in 2010.

The law was designed to guarantee health insurance coverage for all documented Americans. Since its launch, some 20 million more people nationwide have been insured.

California, which was in the forefront of implementing the law’s provisions, stands to lose $20 billion in funding from its repeal, $16 billion of that for Medi-Cal, the state-federal health insurance program for low-income people known as Medicaid elsewhere in the nation.

There are currently 4.6 million Californians whose health coverage is funded by the ACA — popularly know as Obamacare — either through subsidized insurance purchased on the online health insurance marketplace called Covered California, or through Medi-Cal. One in three Californians is covered by Medi-Cal.

Even after Obamacare launched, mental health care advocates had to fight hard to get behavioral health included in the law’s so-called “10 essential benefits” that all insurers have to offer, according to Kristin Jacobson, California policy chair of the nationwide non-profit, Autism Speaks. Additionally, Obamacare expanded mental health protections and anti-discrimination policies for people with autism.

She said that insurers in only 29 states — California among them– offer behavioral health treatment benefits for autism through their marketplaces.

Clark’s son, Ayden Garcia, is on Medi-Cal. Of the 5.6 million children on the public health insurance program, an estimated 75,000 children have been diagnosed with autism. It was only in 2014 that Medi-Cal began providing them treatment for their behavioral disorder.

Because of the acute shortage of Medi-Cal providers, it took Ayden nearly eight months before he could see a developmental pediatrician for a Medi-Cal accepted diagnosis after he was determined to have autism by his school counselors last February. His in-home therapy sessions began only recently, Clark said.

Republicans want to repeal and replace Obamacare, but are not yet sure what to replace it with. They say they may leave a few of the law’s provisions in tact, like preventing insurers from denying coverage to people with pre-existing conditions, and allowing young adults to stay on their parents’ insurance plan until they turn 26.

But they want to restructure Medicaid by converting it to a block grant. Under this plan, the federal government would provide states with a fixed amount of money instead of giving states a fixed share of their Medicaid costs, as is currently done. States would be responsible for all Medicaid costs in excess of the cap.

Such cuts will force states to cut their Medicaid programs “deeply,” said Edwin Park, vice president for Health Policy at the Center on Budget and Policy Priorities. That will result “in poor life outcomes, and society as a whole will suffer,” he said.

That is what is worrying Ayden’s mother Christina Clark. Even as it is, her son’s behavioral care is “minimal” with Medi-Cal, unlike the care he received while he was on his father’s employer-sponsored private insurance, she said.

“I’m worried what (Trump) will do when he gets into office,” she said. “I want my son to be able to get the treatment he needs so he can grow up to be a productive human being.”