Amazon will not bid for Electronic Arts I Latest Stories

Amazon will not bid for Electronic Arts

Amazon.com Inc. is not expected to bid for Electronic Arts Inc. CNBC said on Friday, citing sources, quashing an earlier report that the online giant would make an offer today for the video game publisher.

EA shares had jumped 15% in premarket trading after the report from USA Today on Amazon’s takeover offer for the “FIFA” and “Apex Legends” owners. The stock later pared gains and was last up about 6%.

Amazon did not immediately respond to requests for comment from Reuters, while EA said it does not comment on rumors and M&A speculation.

Sitting on a cash pile of about $37 billion, Amazon has hit the acquisition trail as it looks to diversify its business beyond e-commerce and cloud under new CEO Andy Jassy. 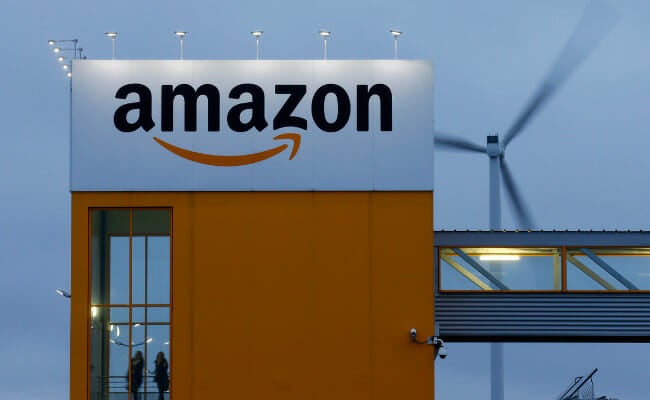 The logo of Amazon is seen at the company logistics center in Lauwin-Planque, northern France, February 20, 2017. REUTERS/Pascal Rossignol/File Photo

Its bids include a $1.7 billion offer for Roomba-maker iRobot Corp and $3.5 billion for primary care provider One Medical.

The company, which owns videogame live-streaming platform Twitch, has also purchased MGM studios, the maker of “Rocky” and “James Bond”, movies for $8 billion.

EA had a market value of $35.5 billion as of the last close, having lost just about 3% of its value so far this year, far better than some of its peers.

The deals come against the backdrop of the struggling global gaming industry as the surge in demand seen at the height of the pandemic cools down.

Earlier this month, EA forecast quarterly adjusted sales below estimates, with Chief Financial Officer Chris Suh saying that the company was not “completely immune” to recession.

MORE STORIES
Filipino workers sue Louisiana oil company for ‘abandoning’ them in a hurricane
Transgender Filipina found dead in NY hotel room
Asians with guns, cops with too much power
Don't miss out on the latest news and information.

LATEST
Filipino workers sue Louisiana oil company for ‘abandoning’ them in a hurricane
British Columbia to pay fees, fund further training of foreign nurse recruits
TikTok CEO to testify in US Congress over security issues
Google parent to lay off 12,000 workers as AI focus heightens
Businesses see lower odds U.S. is in or entering recession
Netflix is cracking down on password sharing in March
Your subscription could not be saved. Please try again.
Your subscription has been successful.
MOST READ
usa Transgender Filipina found dead in NY hotel room
usa Filipino Singer Peter Rosalita Earns Standing Ovation on AGT All-Stars 2023
usa Asians with guns, cops with too much power
usa Filipino workers sue Louisiana oil company for ‘abandoning’ them in a hurricane
usa California is likely to witness stunning super blooms in 2023
usa The fox in the henhouse
usa Super Bowl 2023: First in NFL history with two black starting QBS
DID YOU KNOW?
Kylie Jenner Ramen Recipe: Is It Good?
How to Store Raspberries Properly
How To Play Drunk Jenga: The Ultimate Guide
Best Food to Bring Camping
Popcorn Toppings that Are Perfect for Movie Night