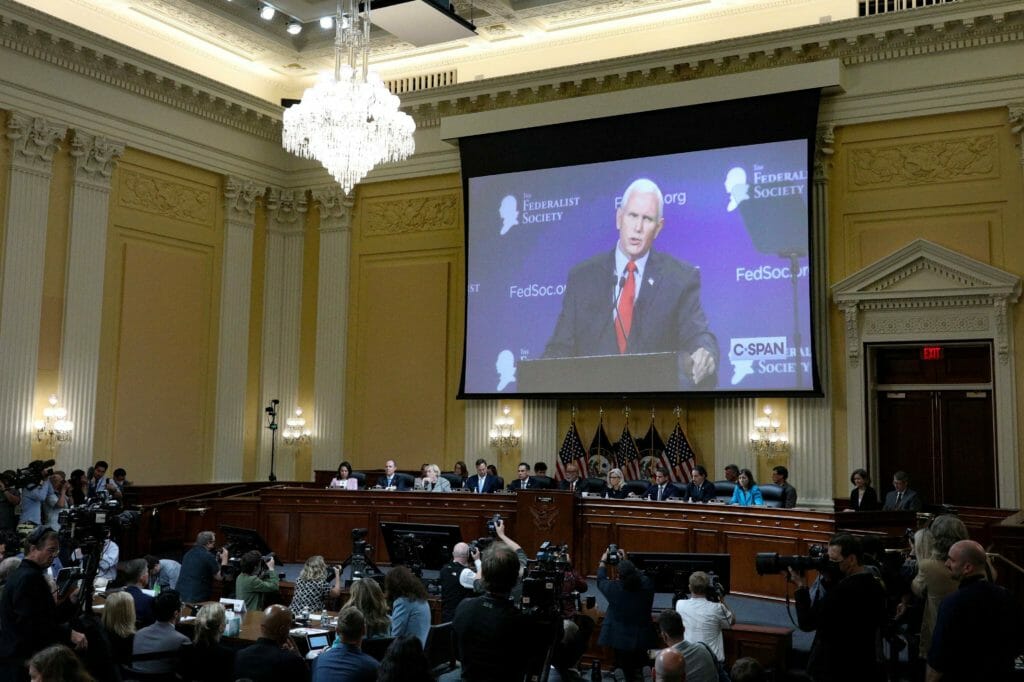 Aides to Pence told the panel in June that former President Donald Trump pressured the then-vice president to overturn his 2020 election defeat. REUTERS

WASHINGTON – Former U.S. Vice President Mike Pence said on Wednesday he would consider testifying before the House of Representatives committee investigating the Jan. 6, 2021, attack on the Capitol if he were to receive an invitation.

Pence has said he believes Trump was wrong to believe the vice president had the power to reverse the outcome of the election, whose results were being certified by Pence and lawmakers when the Capitol came under attack.

One of Pence’s senior aides has testified to the committee, and his top staffer at the time, Marc Short, testified before a federal grand jury investigating the attack. The committee, however, has not publicly extended an invitation to Pence.

Speaking at an event in New Hampshire on Wednesday, Pence said he would give any invitation to testify “due consideration.”

“Any invitation that would be directed to me, I would have to reflect on the unique role I was serving in as vice president,” Pence told people gathered for a “Politics & Eggs” breakfast at New Hampshire’s Saint Anselm College.

A Jan. 6 committee spokesperson did not immediately respond on Wednesday to a request for comment. Members of the committee said in June they were considering whether to compel Pence to testify.

Pence said on Wednesday it “would be unprecedented in history for a vice president to be summoned to testify on Capitol Hill.”