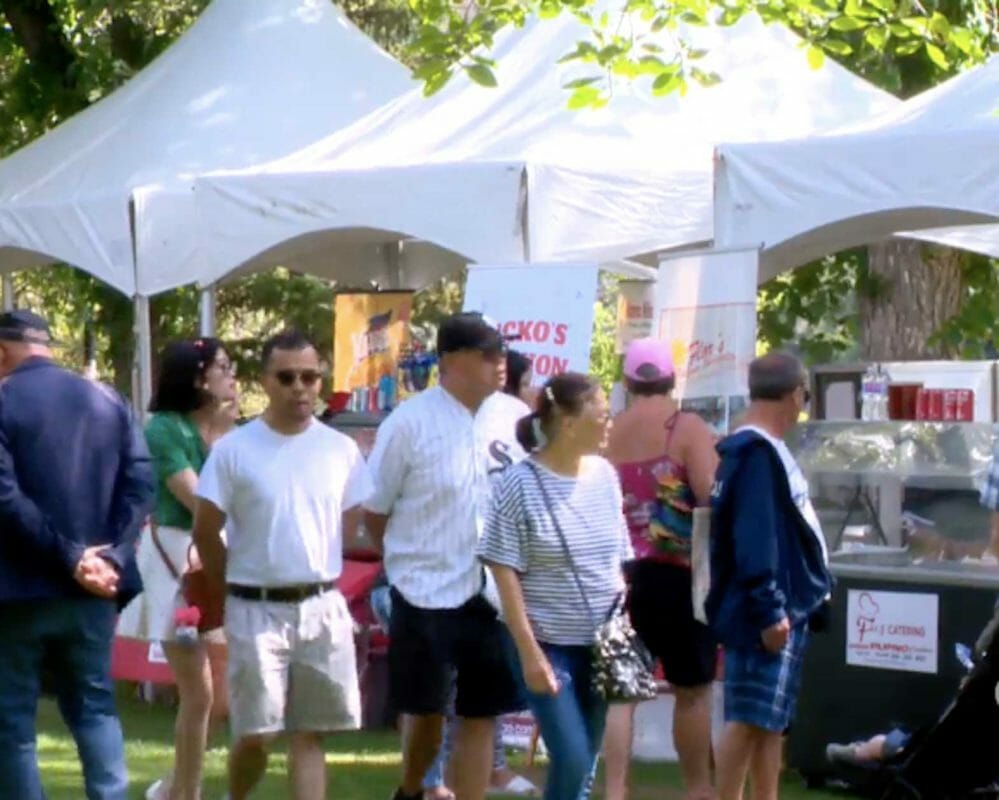 On Saturday, nearly every vendor sold out of food because of the foot traffic, said Toni Chin, the president of the Saskatoon Association of Filipino Entrepreneurs. SCREENGRAB CTV

Organizers of the Saskatchewan Filipino Music and Food Street Fest on Aug. 5, 6 and 7 were pleasantly shocked when thousands of people swarmed the event at Kiwanis Memorial Park in Saskatoon.

They expected a few hundred people a day to show up, instead thousands came and “danced to music, clapped along to performances and ate meal after meal from some of the many vendors,” according to CTV News

On Saturday, nearly every vendor sold out of food because of the foot traffic, said Toni Chin, the president of the Saskatoon Association of Filipino Entrepreneurs.

“Maybe a ton of meat a day,” he told CTV News. “We have served a ton and a half of meat for the three days and we’re still running out. It’s amazing.”

While music and dancing regaled the crowds, the food was the top draw — pork and chicken adobo, stir-fried noodles, spring rolls and roast pig.

Organizers were also happy to see various regional cultures from the Philippines come together, overcoming any differences for the occasion.

Saskatoon, Saskatchewan, Canada, has a growing Filipino community. Filipino/Tagalog is second only to English as the residents’ first language – 6,745 speakers to English’s 188,120 speakers, according the most recent census.