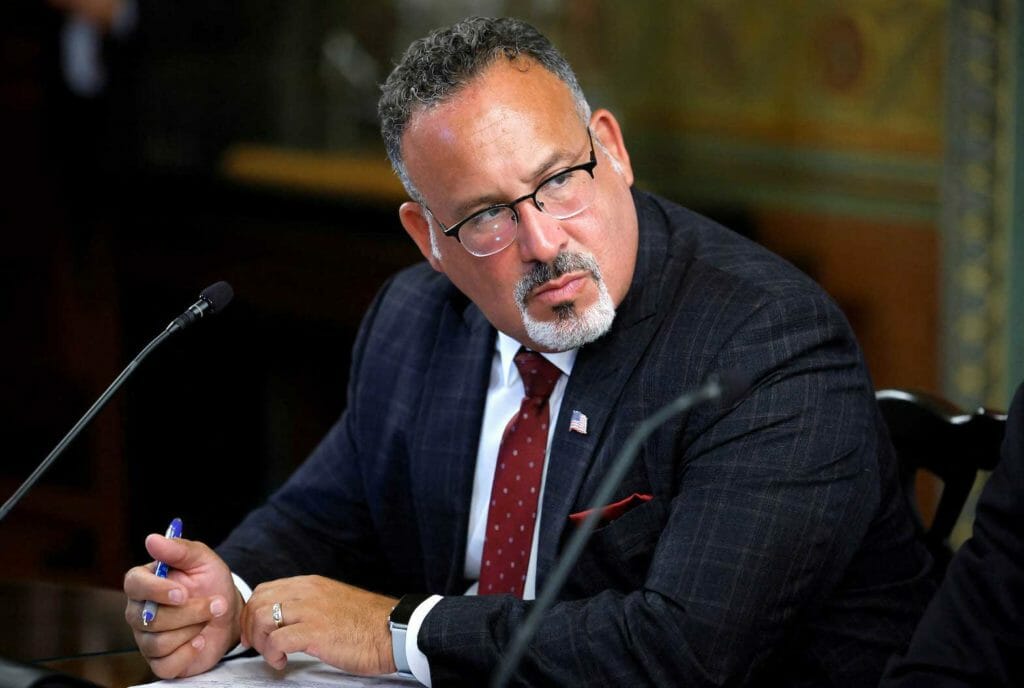 U.S. Secretary of Education Miguel Cardona meets leaders from U.S. colleges and universities to discuss challenges students are facing after the Supreme Court decision to end the nationwide constitutional right to abortion, in the Vice President’s ceremonial office at the Eisenhower Executive Office Building in Washington, U.S., August 8, 2022. REUTERS/Evelyn Hockstein

WASHINGTON – Former students of ITT Technical Institute will not have to pay $3.9 billion they still owe in federal student loans to the now-defunct for-profit college, the U.S. Department of Education said on Tuesday.

The loan forgiveness will cancel student debt for 208,000 borrowers, the department said in a statement. “It is time for student borrowers to stop shouldering the burden from ITT’s years of lies,” Secretary of Education Miguel Cardona said.

The department also said it had formally notified DeVry University that the for-profit school is required to pay $24 million in approved borrower defense claims. The department said DeVry had misled prospective students about graduates’ employment prospects, a charge the school has denied.

Student debt cancellation has become a priority for many liberals and one that could shore up popularity with younger and more highly educated voters, who lean Democratic, before November’s midterm congressional elections.

Last month, President Joe Biden said the government would cancel $6 billion in student loans for 200,000 borrowers who claimed they were defrauded by their colleges.