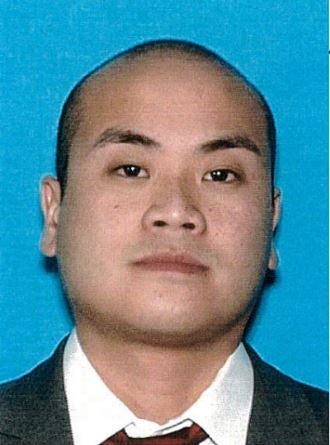 Police identified Paul Mendoza Allen, 34, as the suspect in the March 6, 2018 shooting of an elderly couple in Baldwin Park, California. BALDWIN PARK POLICE

LOS ANGELES — A Filipino American lawyer was arrested in Idaho wanted for shooting and wounding an elderly Baldwin Park couple who were once his clients.

Allen was on the run and his wife, Pauline Catibayan, was with him when he was arrested.

An officer stopped Allen’s car on Interstate 84 because the windows were tinted too dark, according to a report by the San Gabriel Valley Tribune. A check of the license plate showed Baldwin Park police were looking for Allen.

Allen is a suspect in the attempted murder of a Baldwin Park husband and wife on Tuesday. Police believe a dispute over money was the motive for the shooting.

The wounded victims, who were shot multiple times, were listed in critical condition on Wednesday. Allen and Catibayan are being held at Jerome County Jail.

Baldwin Park detectives are working with the Los Angeles County District Attorney’s Office on extraditing the two to California.