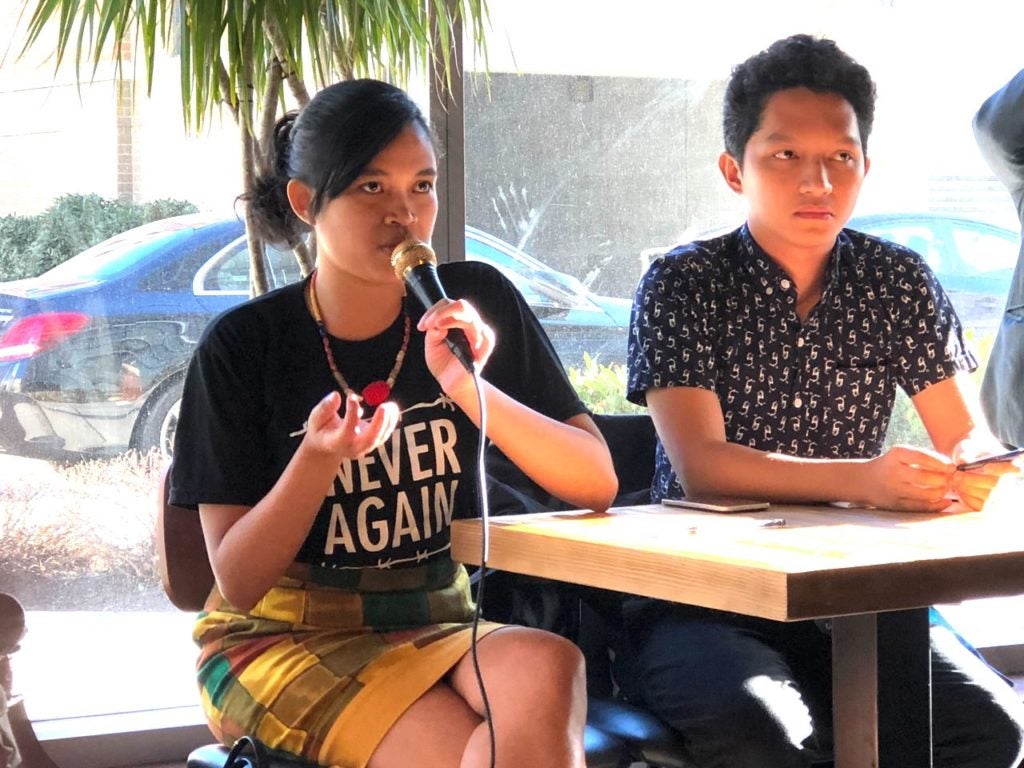 Shamah Bulangis and Justin Balane of Akbayan Youth on a visit to Washington, DC to participate in a conference, “Human Rights and the War on Drugs in the Philippines,” sponsored by the Students for a Sensible Drug Policy. INQUIRER/Isabella Basco

WASHINGTON, DC — Harry Potter had Dumbledore’s Army, The Hunger Games had Katniss Everdeen and now, the Philippines has Shamah Bulangis and Justine Balane, two activists from the Philippines who are speaking to students and Filipino American communities about the human rights violations by President Rodrigo Duterte’s drug war.

Bulangis and Balane, national leaders of Akbayan Youth in the Philippines were in Washington to speak at a conference, “Human Rights and the War on Drugs in the Philippines,” sponsored by the Students for a Sensible Drug Policy.

Bulangis and Balane stopped by Bistro 1521, a Filipino restaurant in Washington, DC, to tell Filipino Americans about the war on drugs’ human costs and their opposition to Duterte’s attemps to change the Philippine Constitution.

“We go around and talk with Filipino Americans, human rights advocates and drug policy reform policy advocates to do global action in the Philippines,” Balane said. “When there is enough outrage and condemnation, we think that will build pressure with the Philippine president.”

The war on drugs reportedly has killed an estimated 20,000 people since Duterte took office. More than 118,287 reportedly have been arrested on drug charges. 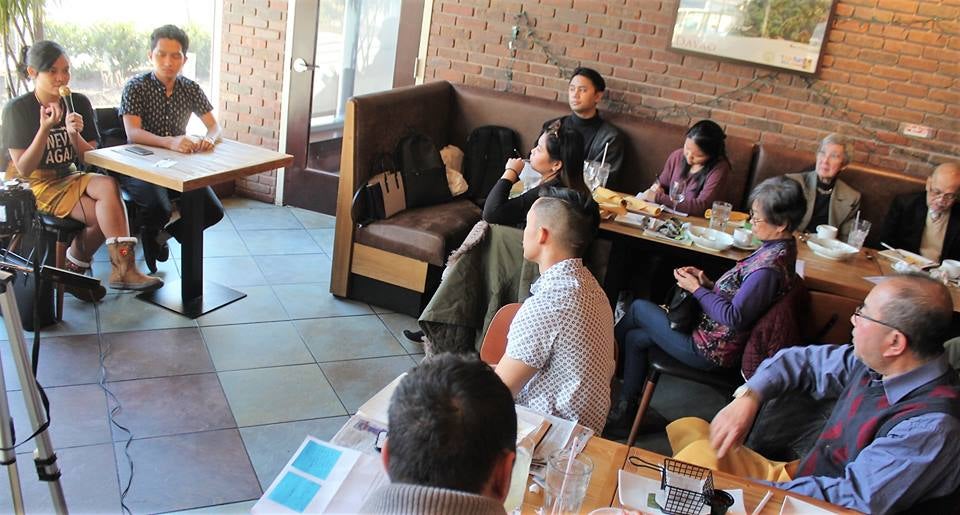 Bulangis relates one incident when a member of her community was shot and killed. “We had to claim his body and we had to investigate what happened in their house,” Bulangis said. “The gate was broken down, they tried to open the gate by force, they held his wife at gunpoint and they shot him down with five bullets.” Police often claim that the victims resisted arrest.

Balane, a communications officer of the Akbayan Party, a democratic socialist political party, monitors the news every day to keep up with the killings.

“The numbers have become so real — seeing and being on the front lines of the things that have been happening has been really tough,” Balane said. “There is no point just standing by or sitting on the fences, you have to act because you eventually hear stories from people about how they are dehumanized.”

Critics decry that the killings deny suspects due process. But a Pew Research https://www.bloomberg.com/news/articles/2017-09-21/duterte-approval-ratings-stands-at-86-pew-research-center-pollstudy concluded that over three-quarters of Filipinos supported Duterte’s drug war despite the alleged human rights abuses. Balane finds the numbers “frustrating” but still hopes to challenge the narrative.

“If you challenge that narrative and make people care for each other and trust each other more, that is the kind of movement we want to build if we want justice for the families of the victims,” Balane said.

Balane, Bulangis and Eric Lachica, a Filipino American advocate in DC are hoping to challenge that narrative by pushing for a bill in Congress called S.1055 – the Philippines Human Rights Accountability and Counternarcotics Act of 2017, which limits the exportation of arms to the Philippine National Police, while providing aid for humane rehabilitation programs. The bill currently has 9 senators supporting it including Senator Ben Cardin (D-Maryland) and Senator Marco Rubio (R-Florida).

“It will help our democratic forces in the Philippines fight the drug addiction problem, hold Duterte accountable for the rule of law, and we are very hopeful this will happen before the year is out,” Lachica said.

Ultimately, Bulangis and Balane hope their grassroots efforts will mobilize communities in both the U.S. and the Philippines to fight injustices.

“Hopefully, with these talks and being more vocal about it, it will inspire more people to speak up and to be more critical,” Balane said. The two youth leaders took a side trip to San Francisco to speak at a forum of Filipinos there.