Waste Not, Want Not - Part II

Waste Not, Want Not – Part II 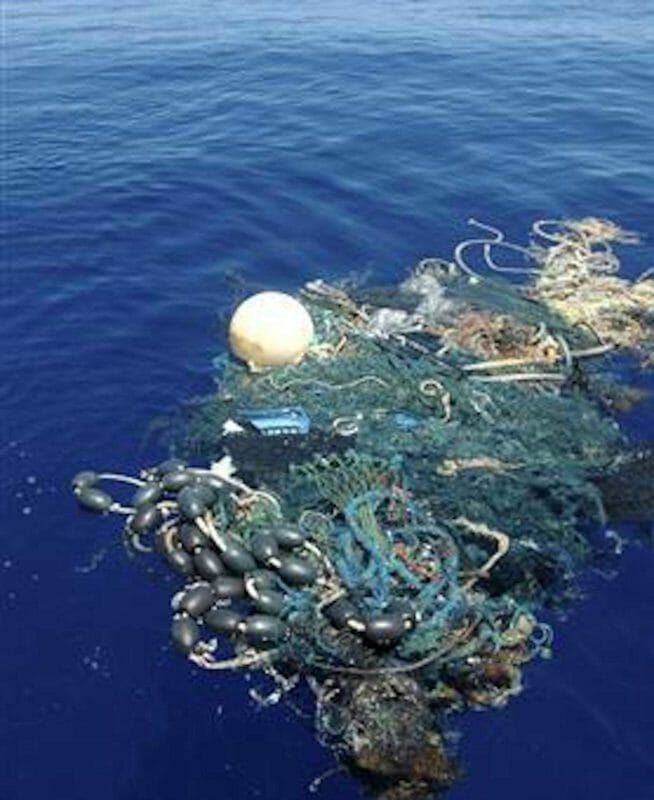 The Great Garbage Patch in the Pacific Ocean. REUTERS

NEW YORK —1856 is the year when the first man-made plastic, parkesine, was introduced to the world. In the more than 150 years since, plastic has evolved into a universal commodity, so ubiquitous and commonplace that everyday life without plastic seems unimaginable. Credit and debit cards, packaging, storage bags, pens, drinking straws, cosmetic dispensers, toys, water and soda bottles, Covid masks, etcetera, etcetera. Convenient, lightweight, sculptural, plastics have been a boon.

But they are also a bane. A tremendous, environmentally toxic bane.

I noted in my previous column that packaging is a quasi-art in Japan, an indication of the attention paid both to customer satisfaction—there is the tradition of “omotenashi,” or customer service, a tradition I am all for—and aesthetics. Even bonbons already in a plastic box will each be encased in plastic wrapping. Often, fruits and vegetables will be wrapped as well in plastic. And vending machines with their stock of varied drinks, all in plastic bottles, are conveniently everywhere: train and subway platforms, malls, and even on street corners.

And yet very little litter mars the streets and public spaces, the country having a well-deserved reputation for cleanliness. Given the lack of trash containers, this is nothing short of miraculous for a New Yorker like me, used to seeing overflowing trash cans and pedestrians just casually dropping pieces of paper or plastic on the sidewalk.  The Japanese for the most part simply take their trash home, where presumably this can be recycled, or otherwise disposed of properly.

However, on average the Japanese consumer uses more than 30 kilograms (between 300 to 400 plastic bags or 66 pounds) of plastic containers and packages a year—second only to that of the United States. And annually the country churns out approximately 10 million tons of plastic (the third highest amount in the world), of which a little more than three-fourths is discarded within the year.

Contrary to its reputation for efficiency, Japan is somewhat careless in disposing of its plastic waste. Domestically only 18 percent is recycled. Around 58 percent of Japan’s plastic waste ends up in “thermal recycling,” mentioned in the previous column, incinerated to produce heat and electricity. Since 2017, 14 percent is shipped to poorer Asian countries — with no mechanism to track whether it is truly recycled or ends up burned, in landfills or the ocean. Much of that plastic waste flows directly into coastal waters.

As of 2020, the annual global output of plastic was about 380 million tons, which apparently equals the weight of all mankind, with eight  million tons ending up in the oceans every year, which now have over 150 million tons of plastic. On this basis, it is expected that by 2050 the weight of all the plastic in the oceans will exceed the weight of the fish. It would be one thing were the plastic refuse to just float on the globe’s water but alas, the waste is mistakenly perceived to be edible, so that seabirds, marine mammals and fish (some 800 species) mistake such garbage as food, affecting their health, usually fatally.

Today, there are five gigantic garbage patches that mar the world’s oceans. Termed “gyres,” these are the North and South Atlantic, the North and South Pacific, and the Indian Ocean gyres. The largest is the Great Pacific Garbage Patch, located within the North Pacific Gyre,  occupying 1.6 million square kilometers, about twice the size of Texas, or three times the size of France. It’s estimated to span around 620,000 square miles.

Recycling would seem to provide a fix. Not quite. Plastic is difficult to recycle, and besides  there seems to be very little demand for recycled plastic, making the cost of recycling not worth it economically. Thus, plastics remain. We’re simply producing too much plastic for any recycling system to practically handle.

Consumers—us—can help certainly, by reducing our use of plastic. But what is really needed is the corporate world and governments studying ways to drastically cut down on plastic on the manufacturing end. Less plastic turned out, less plastic waste.

Otherwise those garbage patches, or gyres, will only grow even more monstrous, and we might end up being wasted by our own waste.