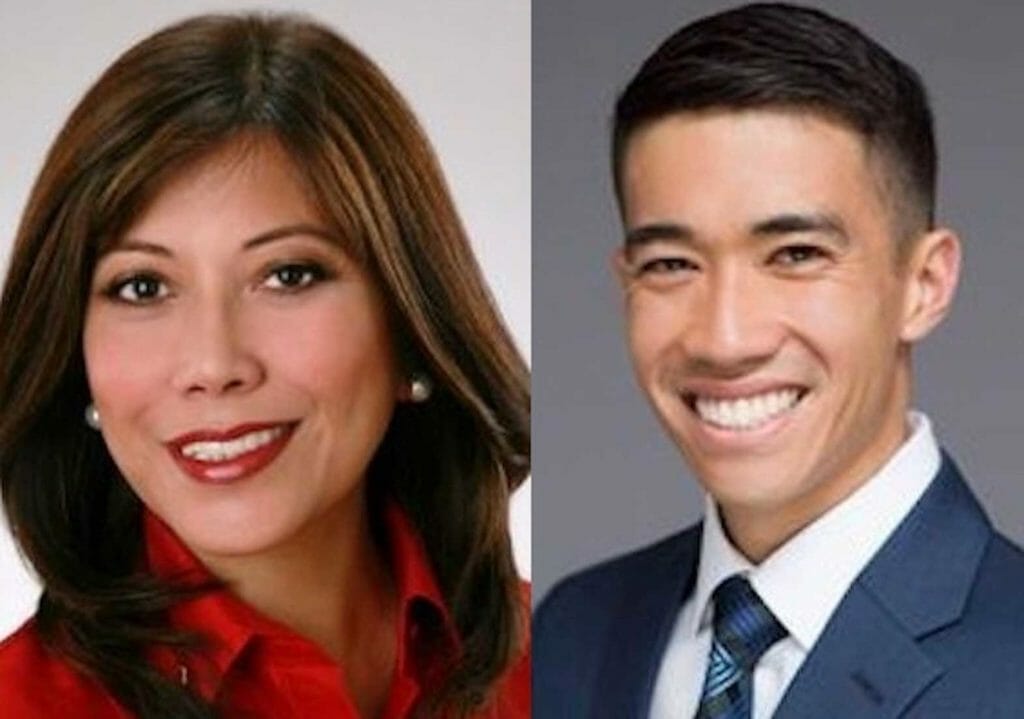 Bennette Misalucha and Brandon Elefante are competing in the Democratic primary for Hawaii state Senate. BALLOTPEDIA

HONOLULU – Two well-known Filipino American politicians are facing off in the Democratic Party primary on Aug. 13 for a state Senate seat.

Bennette Misalucha the incumbent senator for Senate District 16 (Halawa to Aiea and all the way to Pearl City) is being challenged by longtime Honolulu City Council member Brandon Elefante, Hawaii News Now reported.

Misalucha, a mother of two, immigrated from the Philippines 40 years ago. She was appointed in 2020 to the Senate District 16 seat in July and then elected to remain in the position in November.

Elefante served on the Honolulu City Council for eight years. With his council term ending, he wants to continue serving in public office.

Misalucha served as a state lawmaker for only two years, but she believes she is the better candidate.

“In the height of the pandemic, within weeks of being appointed, we actually were able to organize or food drives for our needy families, school supply drives, as well as toy drives,” Misalucha was quoted by Hawaii News Now. Her priority is workforce development and providing more jobs in her district.

Former Damien School teacher Elefante said he reached out to over 8,000 homes and homeowners, who said they worried about crime, housing and the economy. One of his priorities is getting more resources for public safety officers.

Misalucha and Elefante have known each other for nearly a decade.

“Regardless of what happens on the outcome of the primary election, I know that the community will have someone good to represent them for Senate District 16,” said Elefante.

Misalucha echoed him: “Whoever wins, I think the community will be in good hands.”

The primary winner will run against Republican Patricia Beekman in the Nov. 8 general election.