‘Religion is an illusion’?*

‘Religion is an illusion’?* 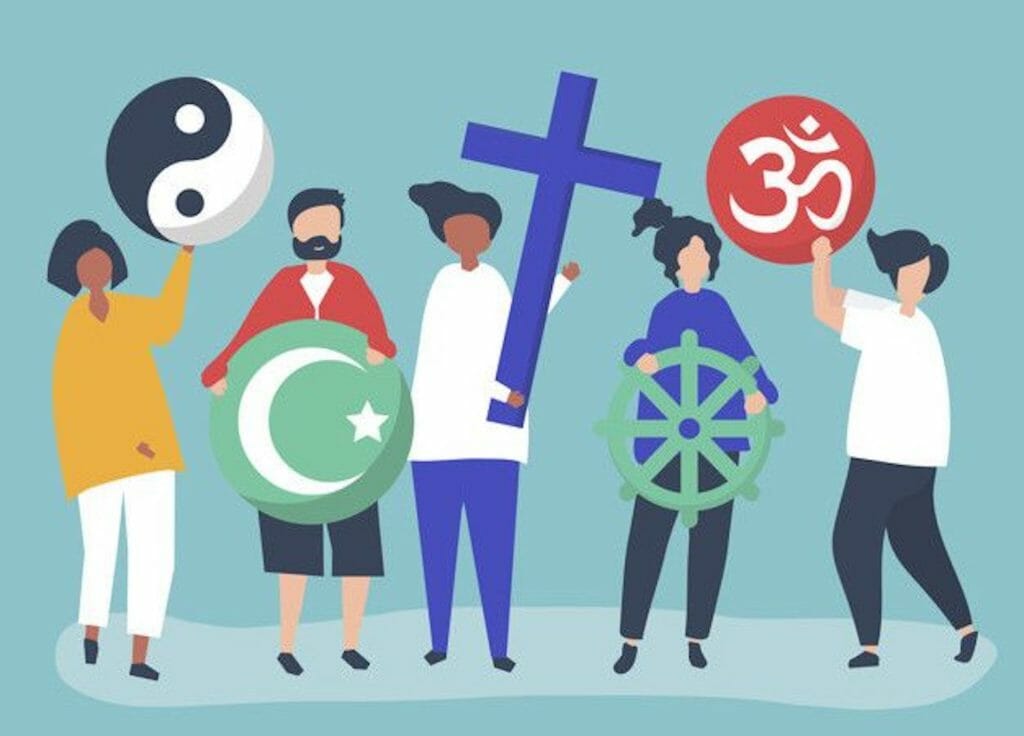 “Religion is a man-made attempt to comfort us in the midst of an imperfect, suffering world…inevitability of death,” wrote Dr. Sigmund Freud an Austrian neurologist who pioneered the development of clinical psychoanalysis and psychotherapy.

Similarly, Dr. Carl Jung, a Swiss psychiatrist and proponent of analytical psychology who expounded studies on the unconscious mind, averred that religion “is a profound, psychological response to the unknown — both within the inner self and the outer worlds.”

Is religion really a mere man-made psychological pacifier in this empty, hostile universe; a response to the uncharted horizon of our existence?

Religion is simply a personal faith or belief in and worship usually of an omnipotent entity. It is often anchored with patent tenets to abide by, shared a classicist kibitzer friend. Tenet is set of doctrines or precepts often accepted based on one’s own personal faith. Be it truism or rhetoric, it must be accepted and followed by a member of an in-group with the ultimate purpose of enabling one to discern “right” from the “wrong,” expressed an overly moralistic kibitzer friend.

M. Prager, a contemporary American conservative radio talk show host and author, asserted two decades ago, “God is indispensable to the Ten Commandments.” Prager’s point was “How can you know if something is wrong unless God tells you it is wrong? … Without God, right or wrong are merely personal beliefs,” so we are told.

The Ten Commandments in essence are a Christian tenet, the “divine rule” akin to the man-made “Constitution,” an offshoot of politics, except the Commandments were dictated or divulged by God to an Egyptian pharaoh, which has remained unaltered for more than 2,000 years, humbly quipped a religious kibitzer friend.

One study shows that 60 percent of Americans strongly embrace the idea that Christianity (religion) should be fused with American civic identity (politics), according to Dr. A. Whitehead, a sociologist with the Center for the Study of Religion and American Culture at Indiana University, who analyzed the data in Baylor University’s 2021 Religion Survey.

Civic refers to the duties, responsibilities, behaviors or activities, community, citizens and governance collectively identified as “politics” and built with an expansive man-made scaffolding of laws and grounded (in America, supposedly) on the democratic creed, commented an alexithymic kibitzer friend.

Moreover, a politician “with hardcore supporters have a fervor that is very much like a religious movement… But a lot of these folks do not understand the Constitution. You have to remind them there is no religious test in the Constitution… and they have merged that with their Christianity, and it has become one and the same,” cited C. Nicholas a longtime political consultant.

Empirical observation cues us in to the idea of coalescing — instead of “segregating”– religion with politics — ostensibly espoused by some obstreperous “lawmakers” and political candidates, a few of whom subscribe to QAnon gambits. Would this not rile, or worst, create a Neo-American Democracy zeitgeist?, quizzically asked a politically acerbic kibitzer friend.

One greenhorn politician even boldly declared: “I’m tired of this separation of church and state junk.”

All of this comes to mind the colonization by Christianization of the Philippines by white- Spanish conquistadors, who upon landing on the shores of the archipelago in 1521, wielded the Cross and the sword.

Digressing for a moment, analysis of historical records reveals that Filipinos were reading, writing in phonetics similar to Arabic, and recognized right-or-wrong values before the Spaniard arrived, reported the Philippine Historical Bulletin in 1980.

Somehow, the Spaniards succeeded changing Filipino culture and impinged on Filipino independence. However, they did organize local governments and built churches, monasteries, and schoolhouses. They used the Cross to spread Christianity; the Sword to “tame” the Indio.

Experts remind us that, “Many of the world’s great religions began with a moment of revelation, an ecstatic moment infused with such mystery, power, and beauty that it forever altered the founding prophet’s consciousness,” writes Dr. R. F. Paloutzian, professor of social psychology and religion at Westmont College in Santa Barbara, California.

Political democracy, on the other hand appears precariously vested on the blood, sweat, tears and lives of those who fought and still fighting for it. Yet, today in America, the Spanish conquistadors’ “Cross and sword,” wielded in the Philippines in 1521, is morphing into a “Cross and flag” have-one’s-cake-and-eat-it-tooism. Some are calling it the “movement.” The question is, who is commandeering the Cross-and-flag hoopla, as some call it? (Apologies to Dr. Philip Gorski, Yale sociologist, co-author of “The Flag and the Cross: White Christian Nationalism and the Threat to American Democracy.”)

The First Amendment states, “Congress shall make no law respecting an establishment of religion or prohibiting the free exercise thereof.” The altered language in the Senate declares, “Congress shall make no law establishing articles of faith, or a mode of worship, or prohibiting the free exercise of religion. . . ” The law on religion explicitly presents a lucid demarcation.

Religion on the other hand, as quoted in the beginning of this piece is “a man-made attempt to comfort us in the midst of an imperfect, suffering world… the inevitability of death…” This is incomplete; Freud’s final words were, “(religion)… causes more harm than good due to the illusion it creates and promotes.”

Thus, to Freud, religion is unrealistic, abstract, ethereal, illusionary; unlike science that has concrete, observable, recordable, and verifiable proof.

Freud is a notable atheist. He contended that as we gain more scientific knowledge, we will outgrow our need for religion. Only science can prove and answer the questions religion seeks to answer. Seeking anywhere else but science is an illusion, concluded Freud.

Religion is purely wish-fulfilling human behavior, Freud stated more than a century ago. M. J. Keenan, a contemporary American musician, discographer and winemaker, appears to one-up him, declaring, “Religion is basically a marketing plan.” Can your avant-garde kibitzer friend refute that?

*Apologies to Dr. Sigmund Freud for the use of one of his opt-quoted phrases for the title.

Dr. Aggie Carson-Arenas is a Certified Clinical Psychology Specialist, a former associate professor and university research director. He is a Behavior Analyst Specialist in Nevada, an educator, clinician, researcher, consultant, columnist, and a published author. His latest book is, “You’re Okay, I Am Perfect” (How Teens, Adolescents & Those In-Between Quest for Identity) co-authored by her daughter Abbygale Williamson Arenas-de Leon. [email protected]