The July 27 event at the organization’s headquarters in Historic Filipinotown encouraged the sharing of stories among community members and featured Original Pilipino Music artists Noel and Gab Cabangon. 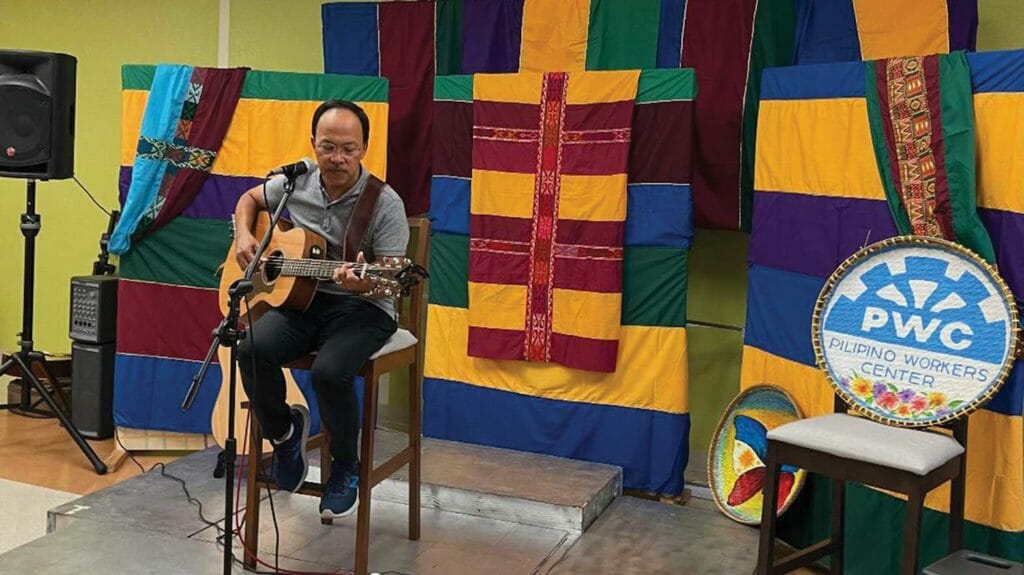 “Even though it’s a Stop The Hate program, it’s really love that brings us together. It’s the love for each other as people, wanting to protect each other, protect our dignity as a community. We feel the hurt and we feel the pain when we see our AAPI elders, our sisters and brothers so brutally attacked. It calls us together as a community to do something. And in this moment, it’s important for us to understand what’s happening so that we can all come from a place of love,” said PWC Executive Director Aquilina Soriano Versoza.

The campaign launch and concert with Noel Cabangon coincided with the Philippines’ “Lingo ng Musikang Pilipino” (Week of Filipino Music). Cabangon and his son, Gab, dedicated their performance to Filipino survivors of trauma and racism. Cabangon said the issue is very close to his heart because a member of his family also became a victim of a recent hate incident in New York.

Cabangon is a multi-awarded singer, composer and musician, and is well-known for popularizing songs that evoke positive change in the community and upholds human rights and environmental and social justice.

His son, Gab Cabangon, also a singer/songwriter, and is the frontman of the KE Band in the Philippines.  The Cabangons also led an impromptu jam session and community singing of popular Filipino songs.

An alarming trend of individual acts of hate, from verbal harassment to physical assault, have been directed at Asians since the start of the Covid pandemic. A national report from the Stop AAPI Hate campaign indicate the following national trends:

“The history of this country was actually founded on racism. From the beginning, our economy was built on slavery,” said Versoza. “It’s not new to the AAPI community that this is happening. This is larger. So, our solutions have to be larger than the incidents. In order to change the narrative and hold people accountable to what is happening in this pandemic.”