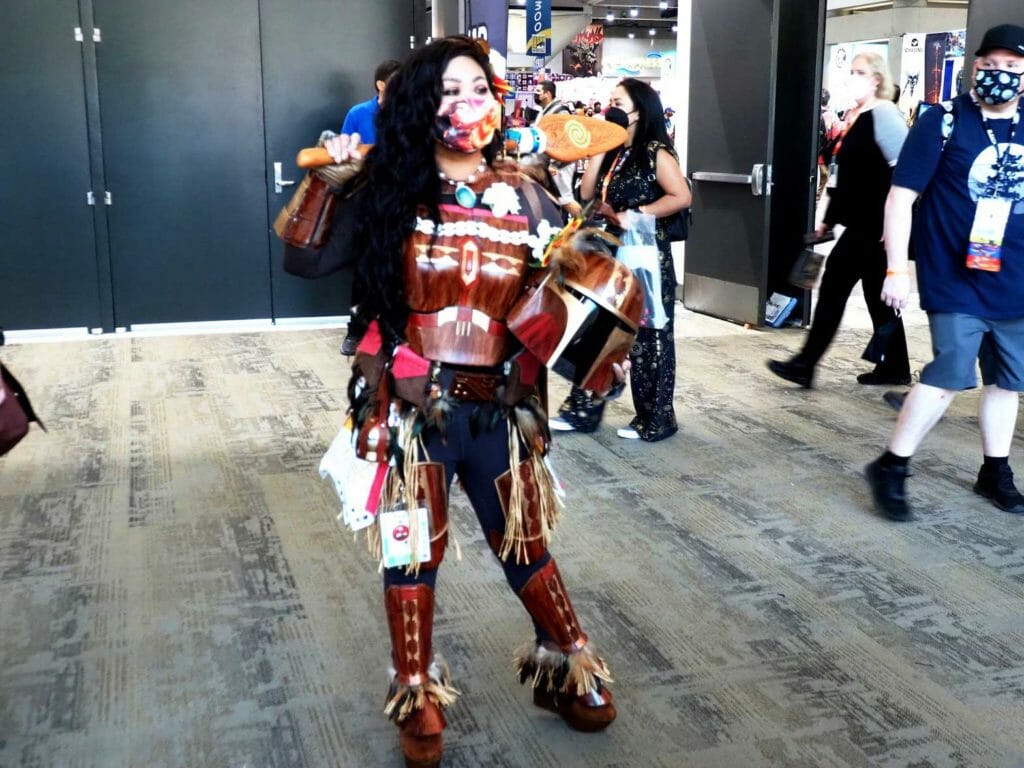 Emily Billones, dressed as Moana Fett in tribute to actor Temuera Morrision (The Book of Boba Fett) who, like Moana, is Polynesian and also voice acts as Moana’s father. Her Koa Wood helmet and armor were a work of love that took more than six months and at least three hours a day to make. INQUIRER/Florante Ibanez

Despite a backlash on Twitter Philippines over a San Diego Comic Con panel’s use of the gender-neutral term “Filipinx,” Filipino American pop-culture content made a big presence at the convention itself, which took place July 21 at the Grand 5 Ballroom of the Marriot Marquis San Diego Marina.

Its controversial title aside, the panel “Filipinx Voices in Pop Culture” tried answer questions like “Have there been times when this culture has been pushed away from representation?” “Does the general public know how many Filipino people are behind their favorite media?”

Meanwhile, after an amazing film festival circuit run, award-winning little feature action/comedy film “Lumpia With a Vengeance” returned to the 2022 San Diego Comic Con with a big screening on Thursday.

The screening followed the capacity-attendance panel “The Astonishing Origin of the Deep Fried Universe and the Uncanny Lumpia Wrappers” featuring the “Lumpia” cast and crew, who shared

“insider secrets” on how community representation played a big role in the making of and reception to the film and its  companion indie comic book series, Legendary Lumpia Squad.

Two autograph sessions were needed to let fans meet the “Lumpia” cast and crew and the many Fil-Am comic book artists who contributed varying covers to the film’s comic book series (one cover for each major city film festival screening). 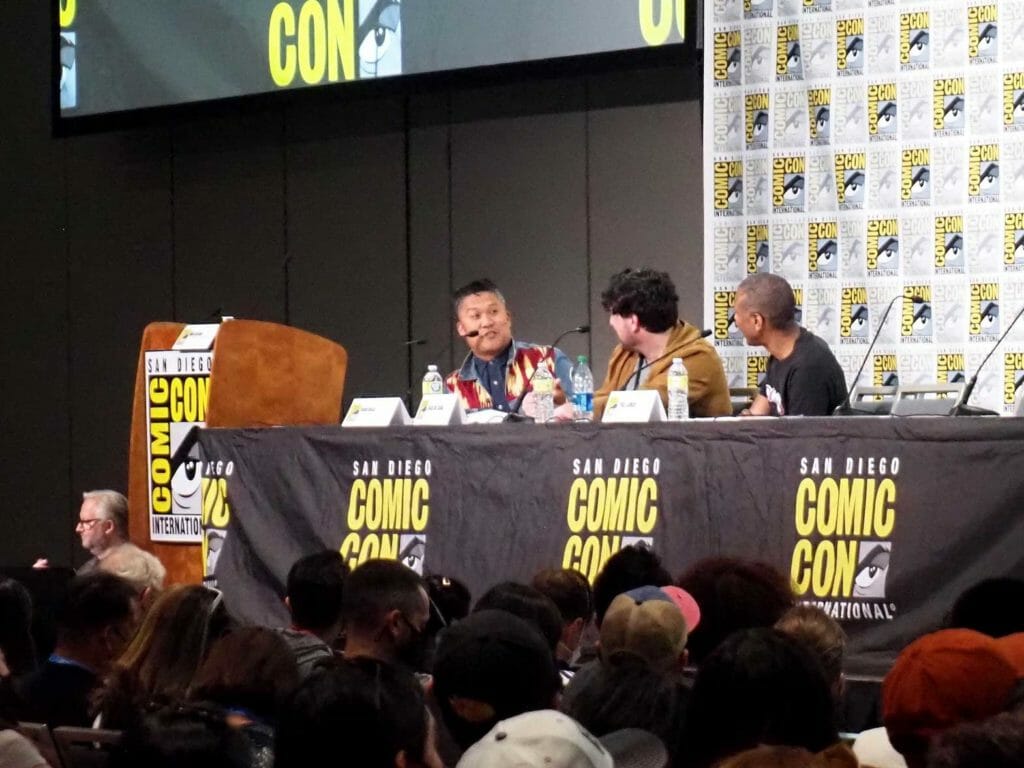 Fil-Ams also “represented” in other Comic Con panels, including Earl Baylon of Netflix’s “Tomb Raider” and “Lumpia with a Vengeance”) on the panel “From the Screen to your Plate: Food in Pop Culture” and in ”Avatar: Braving the Elements Live!” Dante Basco (the voice” of Prince Zuko) led other voice actors in a live podcast co-produced by Nickelodeon and iHeartRadio.

Wandering throughout convention center were many Fil-Am cosplayers. San Diegan Emily Billones dressed as Moana Fett as a tribute to actor Temuera Morrison who voice acts as Moana’s father (The Book of Boba Fett) and, like Moana, is Polynesian. Billones’ costume was a work of love – she worked on it three hours a day for six months. The Boba Fett/Mandalorian costume and helmet are beautifully made of exotic koa wood indigenous to Hawaii.

Billones has been attending the SDCC since the 1980s. By day she works in trade compliance as an administrator for an undersea navigation company. And her costume photo also made the LA Times article of “Coolest Comic-Con Cosplay of 2022.”

Filipinos had their biggest exposure ever at a single San Diego Comic Con.