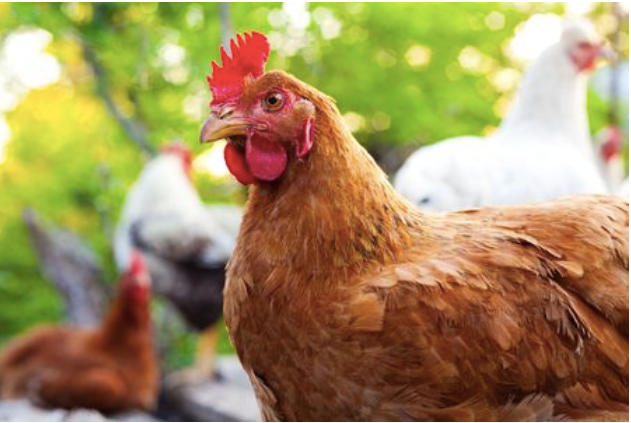 It took 20 minutes for police in Augusta, Maine to catch not a thief or a burglar, but a chicken that went loose.

Restaurant-goers of the Olive Garden restaurant got disturbed when a chicken ran amok its parking lot. First to spot the chicken and call the police were customers Susan Kimball and Bill Ryerson, who were eating lunch, Central Maine reported on Monday.

Kimball shared that the police first used a smelt net to catch the chicken. Afterwards, the police followed the chicken to an embankment, and then through Interstate 95 which had four lanes of traffic.

After the chase, the Augusta Maine Police Department posted a photo of the apprehended chicken on its Facebook page. The police department even humorously described the animal as having a “craving for soup, salad and breadsticks,” and “initially having the upper hand zigging when expected to zag” when police were trying to catch him.

No one has been identified as the owner of the chicken, as it is still in police custody as of this writing.

And what did Kimball have to say when she saw the police going after a chicken? “Three grown men running across the interstate was priceless,” she expressed. “They were going to save it. They were not going to give up.” Katrina Hallare/JB

LATEST
Paolo Contis on real score with Yen Santos: What you see is what you get
A crown and sash, a necklace and a kulambo
Haughty starlet gets her just desserts
PCG rescues crew of 7 on a Chinese ship off Eastern Samar
3 dead, 6 hurt in two road accidents in Camarines Norte
Your subscription could not be saved. Please try again.
Your subscription has been successful.
MOST READ
usa Artist films Filipino immigrant life in Canada’s Peace Region
usa Husband will stand trial for murder of missing Maya Millete
usa Florida Gov. DeSantis falsely claims bivalent booster boosts chances of Covid infection
usa Canada to send four Leopard 2 tanks to Ukraine
usa Fed foresees ending rate hikes by March as inflation subsides
DID YOU KNOW?
Kylie Jenner Ramen Recipe: Is It Good?
How to Store Raspberries Properly
How To Play Drunk Jenga: The Ultimate Guide
Best Food to Bring Camping
Popcorn Toppings that Are Perfect for Movie Night