Filipino caregivers celebrate reunification with their families in Toronto 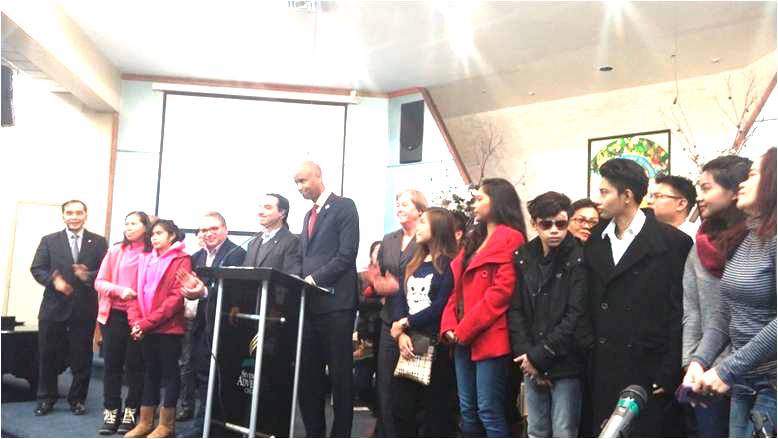 TORONTO – Several Filipino caregivers and their families were finally reunited after waiting for almost a decade for loved ones to be able to come to Canada.

Hussen said he could not accept the community’s award alone because it should also golikewise go to Prime Minister Justin Trudeau who supported his work, and “all the hardworking MPs” who championed the cause of caregivers.

Hussen said that since he assumed office, immigration authorities have been able to decrease the backlog in caregivers-spousal reunification to 21,000 and that the current government is committed to eliminating the backlog by the end of 2018.

He also said that they have eliminated the Labour Market Impact Assessment (LMIA) processing fees of CA$1,000 for families or individuals seeking to hire foreign caregivers and whose income is less than CA$150,000 a year.

Philippine Consul General in Toronto Rosalita Prospero thanked Minister Hussen for their positive action in the reunification of the Filipino caregivers and their families. She said that the family is the core of Philippine society and a valuable support system of an individual. It would be ironic, she said, if those who care and give support to others were far away from their very own support system.