US should fine airlines over staff-linked flight delays and cancellations

US should fine airlines over staff-linked flight delays and cancellations

Two U.S. senators have urged the U.S. Transportation Department to fine airlines that delay or cancel flights because of staffing or operational issues, the latest push by lawmakers to convince regulators to get tough on the aviation industry.

Democratic Senators Elizabeth Warren and Alex Padilla asked Transportation Secretary Pete Buttigieg in a letter released on Tuesday to take a harder line with airlines in the face of thousands of flight cancellations this summer.

The department should use its authority “to impose fines designed to change airlines’ calculus about harming consumers to pad their own profits,” the senators said, noting Buttigieg can order airlines and ticket agents to stop unfair or deceptive practices and may issue fines of up to $37,377 per violation.

The department, Warren and Padilla added, can “take meaningful actions to hold airlines accountable for avoidable delays and cancellations.” The department could issue “more concrete rules requiring airlines to offer refunds to passengers whose flights are delayed.” 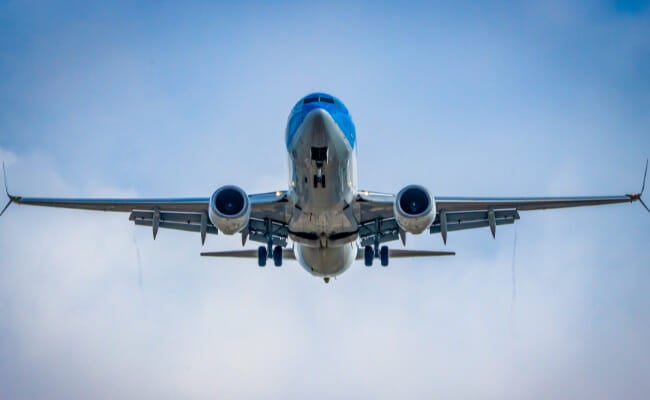 Airlines for America, a trade group representing Delta Air Lines, United Airlines, American Airlines, Southwest Airlines, and others, said Tuesday that U.S. airlines have trimmed capacity by 16% and are “ramping up hiring initiatives and increasing communication with travelers” while addressing “a range of challenges, outside carrier control, such as inclement weather.”

Last month, Senate Budget Committee chair Bernie Sanders, an independent who caucuses Democrats, urged Buttigieg “to take immediate action to substantially reduce the number of airline cancellations and delays in our country and to protect the rights of airline passengers.”

Some House Republicans in June asked if Buttigieg would use department tools “to ensure the airline industry is able to operate at peak efficiency without stranding millions of families.”

A department spokesperson said Tuesday “when airlines fail to meet their responsibilities, they will be held accountable” and noted the department had completed 10 airline investigations into delayed or withheld passenger refunds.

Buttigieg, who met virtually with airline CEOs in June to demand better performance, told CNN Sunday that since then, airlines have improved their performance.

“You look at cancellation rates for the last couple of travel weekends. They have been around 1.5%, which is getting closer to normal,” Buttigieg said.”

During the height of summer travel woes, the system was seeing a 3-4% cancellation rate and is now seeing 1-2% typically on any given day, officials told Reuters.

LATEST
6 Indicators That Your Business Is Financially Healthy
US manufacturing at slowest pace in almost 2-1/2 years in September
10 Secrets of Social Media to Grow Your Business: Tips and Tricks!
Elon Musk proposes to buy Twitter again and end legal fight
Photos capture ‘Two Years of Heat and Covid’ for California farmworkers
5 Ways to Rank Keywords in Google Search Results