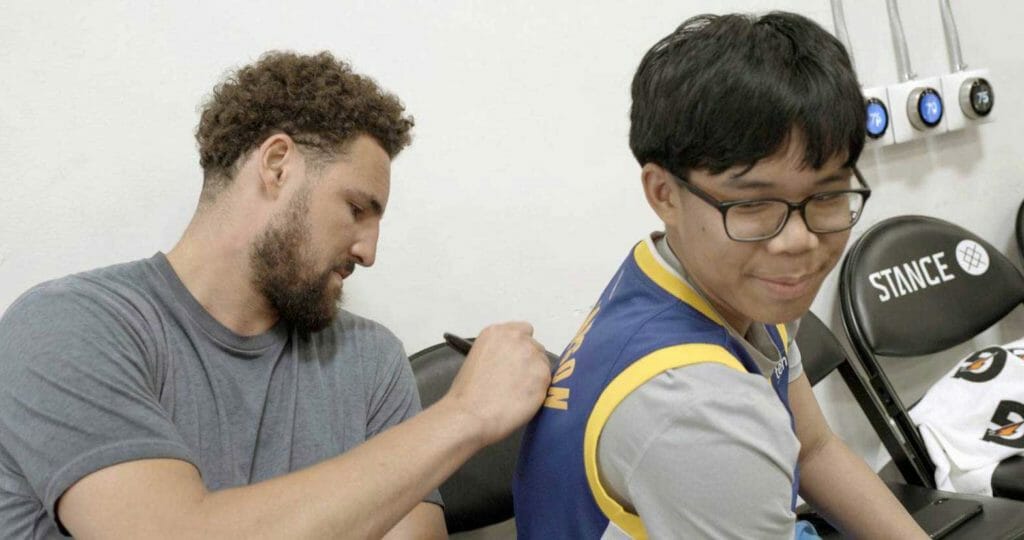 Golden State Warriors all-star Klay Thompson signs a T-shirt for Joseph Tagaban, a 15-year-old from Petersburg, Alaska, who was diagnosed with acute myeloid leukemia in December 2020. Tagaban and Thompson are featured in the ESPN series “My Wish,” which aired Wednesday. (Courtesy ESPN)

A Filipino American teenage cancer patient spent a day on July 15 with Golden State Warriors star Klay Thompson, who gave him a prized possession as a source of inspiration in his fight for life.

Joseph Tagaban, 15, of Petersburg, Alaska was welcomed by his hoops hero with a gift — an autographed photo of Thompson’s own idol, the late Kobe Bryant. The astonished Tagaban at first didn’t want to Thompson to part with it, but the latter insisted.

Thompson, 32, said he turns to the memory of Bryant for inspiration during tough times,  especially as he rehabilitated from back-to-back injuries, and that Joseph should keep the memorabilia for the same purpose in the teen’s battle with acute myeloid leukemia.

Tagaban’s day with Thompson was featured on ESPN’s “My Wish” series Wednesday morning.

Tagaban has been a fan of Thompson even before the teen started to play basketball in fifth grade. He became a bigger fan when he saw how Thompson dealt with his own physical setbacks. 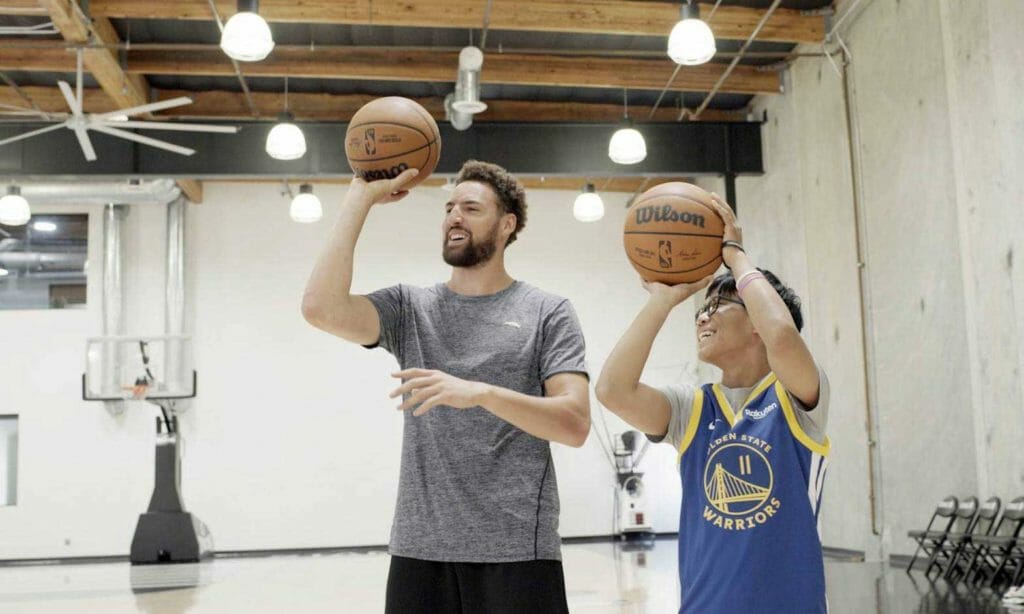 The Tagaban family are from a small town located between British Columbia and the Gulf of Alaska. Their world turned upside down when the basketball-loving youth came down with the cancer diagnosis, his mother, Jessielea, said.

She had to quit her job to travel and stay with Tagaban during his treatment at Seattle Children’s Hospital. His father, Ed, split time between Seattle and home to be with another child, Jacob. Their oldest, Briana, is in the Air Force. Joseph remained resilient but itched to play basketball, Jessilea said.

Tagaban went through rounds of chemotherapy starting last year and apparently went into remission. However, his doctors are still keeping a close watch, so Joseph has to travel to Seattle every three months for tests.

He actually returned to the basketball court in January following a 108-day hospital stay. In his first game back, he led his high school junior varsity team to victory with a buzzer-beater basket.

“That was awesome!” Thompson exclaimed after Tagaban showed him a clip of the shot on his iPhone. The two spent about an hour on the court together. Tagaban asked Thompson about shooting techniques

Thompson then took Tagaban and his younger brother, Jacob, in his custom Lincoln Continental convertible for some ice cream. Thompson sent Joseph off with a box full of Warriors gear, including several signed jerseys. “It really was a dream come true,” Tagaban said.

The two exchanged contact information, and Thompson encouraged Tagaban to reach out anytime.