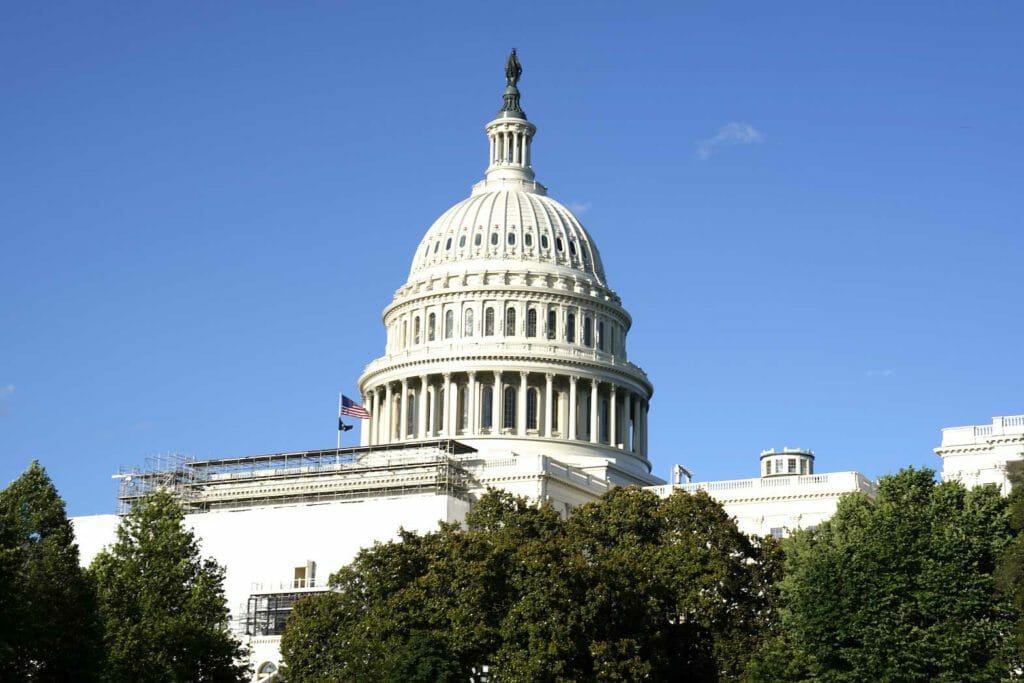 A general view of the U.S. Capitol dome ahead of the opening public hearing of the U.S. House Select Committee to Investigate the January 6 Attack on the United States Capitol, on Capitol Hill in Washington, U.S., June 9, 2022. REUTERS/Elizabeth Frantz

WASHINGTON –  The U.S. House of Representatives on Thursday passed a bill to protect access to contraception, responding to concerns that it could be threatened by a conservative Supreme Court that revoked the ruling guaranteeing a nationwide right to abortion.

The bill passed the Democratic-controlled House on a vote of 228-195, with all 220 Democrats and eight of the chamber’s 211 Republicans supporting it. It faces uncertain odds in the evenly divided Senate.

The bill would create a federal right for people to access contraceptives and for doctors and pharmacists to provide them. Contraceptives are used by 88% of U.S. women of childbearing age who are not trying to get pregnant, according to the Guttmacher Institute, an abortion rights advocacy group.

Some state legislatures have introduced bills to restrict access to contraceptives, though they have not passed. In addition, 12 states allow health providers to refuse contraception, according to the Guttmacher Institute.