The migratory monarch butterfly, which has for millennia turned North American woodlands into kaleidoscopes of color in one of nature’s most spectacular mass migrations, is threatened with extinction, international conservationists said on Wednesday.

Every autumn, migratory monarchs fly thousands of miles (km) from breeding grounds in the eastern United States and Canada to spend the winter closely huddled in trees in Mexico and California.

Numbering in the millions in the 1990s, the butterfly’s population has since shrunk by more than 85%, scientists estimate.

On Wednesday it was placed in the endangered category of the International Union for the Conservation of Nature’s Red List of Threatened Species.

“What’s happening to monarchs is like a death by a thousand cuts,” said Karen Oberhauser, director of the University of Wisconsin-Madison Arboretum. 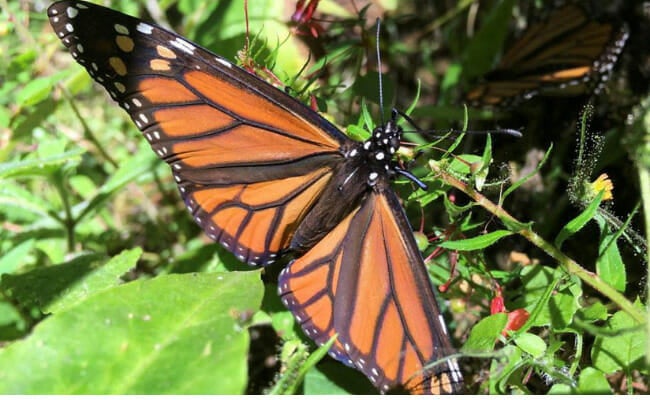 A monarch butterfly sits on a branch of a tree at El Rosario sanctuary, in El Rosario, in Michoacan state, Mexico December 4, 2021. REUTERS/Josue Gonzalez/File Photo

Logging has destroyed much of the insects’ winter grounds, agricultural pesticides have decimated the milkweed plants that their larvae feed on, and extreme temperatures due to climate change are triggering them to begin migrating too early before the remaining milkweed is available.

In all, the IUCN says, more than 41,000 species are now at risk of going extinct in what scientists are calling the planet’s sixth mass extinction event – and the first caused by humans.

Joining the migratory monarch on Wednesday’s list were all remaining species of sturgeon – large prehistoric fish found in Eurasia and North America – following centuries of overfishing for their meat and caviar.

Of the 26 sturgeon species, 17 are now considered critically endangered, the IUCN said.

“There’s something to be said about humanity when a species that’s outlived the dinosaurs is pushed to the brink of extinction by humans,” said Beate Striebel-Greiter, leader of the global sturgeon initiative at World Wildlife Fund.

The Red List update did provide glimmers of hope.

Tiger numbers increased 40% since the last assessment in 2015, due to improvements in monitoring, with as many as 5,578 in the wild. However, some big cat biologists have taken issue with how numbers are counted, saying such growth is misleading.