U.S. existing home sales fell for a fifth straight month in June to the lowest level in two years, as fast-rising interest rates and record-high selling prices make buying a home too expensive for a growing share of American households.

Mortgage interest rates have soared as a result of the Federal Reserve’s stiff rate hikes to try to tame high inflation. That has driven a new buyer’s monthly payment up by more than 50% in the first six months of 2022 by some estimates and has had a clear effect on home sales that had surged during the COVID-19 pandemic to the highest levels since the mid-2000s.

In June, sales of previously owned homes fell 5.4% to a seasonally adjusted annual rate of 5.12 million units, the lowest level since June 2020 when sales were rebounding from the COVID-19 lockdown slump, the National Association of Realtors said on Wednesday. Sales have now fallen each month since January.

Economists polled by Reuters had forecast sales would decrease to a rate of 5.38 million units. Sales were unchanged in the Northeast and fell in the Midwest, the West, and South.

Home resales, which account for nearly 90% of the residential real estate market, dropped 14.2% on a year-on-year basis. The decline brought June’s sales rate to below the pace that prevailed in 2019 before the pandemic. 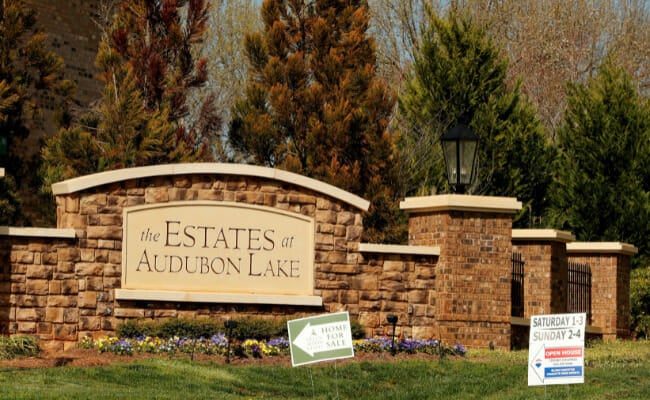 That was not enough to stall the relentless increase in selling prices, however. The median existing house price climbed 13.4% from a year earlier to an all-time high of $416,000 in June. It was the 23rd straight month of double-digit annual price gains, the longest such run since the late 1970s.

Sales gains remained concentrated in the upper-price end of the market amid a paucity of entry-level houses. Sales of homes priced below $500,000 were down by double-digit margins, led by a 31% year-over-year drop in the $100,000 to $250,000 range, while sales of houses selling for $500,000 and up eked out modest gains.

“Falling housing affordability continues to take a toll on potential home buyers,” NAR Chief Economist Lawrence Yun said in a statement. “Both mortgage rates and home prices have risen too sharply in a short span of time.”

With demand cooling, monthly supply is likely to continue to steadily improve. The government reported on Tuesday that housing completions in June decreased 4.6%, but the backlog of homes yet to be built hovered near record highs.

At June’s sales pace, it would take 3.0 months to exhaust the current inventory of existing homes, up from 2.6 months in May. A six-to-seven-month supply is viewed as a healthy balance between supply and demand. 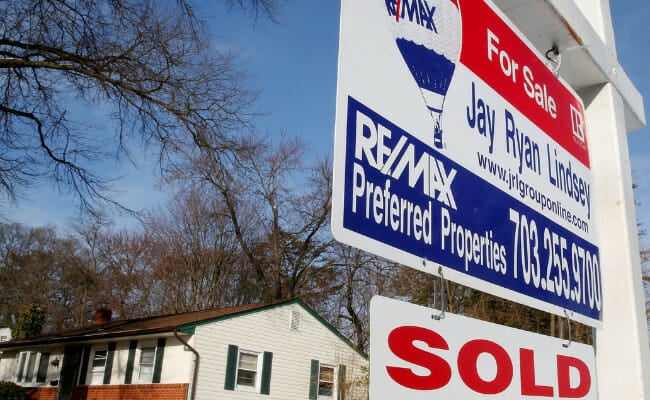 A “SOLD” sign hangs in front of a house in Vienna in Virginia March 27, 2014. REUTERS/Larry Downing

Properties typically remained on the market for 14 days in June, the shortest period ever. First-time buyers accounted for 30% of sales, up from 27% in May. All-cash sales made up 25% of transactions.

The interest rate-sensitive housing market has softened notably this year as the Fed lifts rates aggressively to blunt inflation that is running at its highest pace in four decades.

The average contract rate on a 30-year fixed-rate mortgage climbed to nearly 6% in June, according to the Mortgage Bankers Association, up from about 3.3% at the start of the year, which has put home purchases out of reach for a growing number of prospective buyers. The rate in the latest week was 5.82%, MBA said earlier on Wednesday. 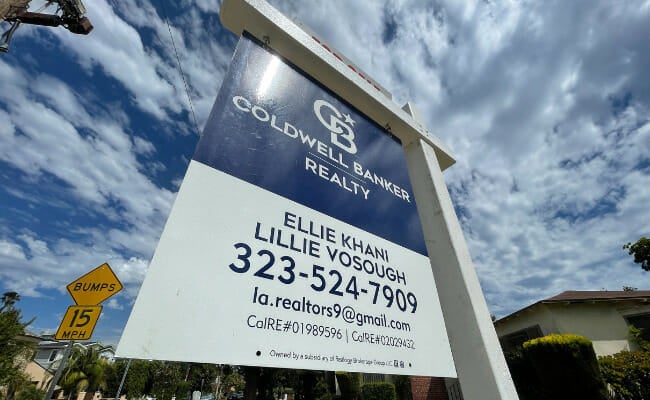 While it is unclear how much higher mortgage rates will climb, it’s almost certain they will remain high for some time with the Fed set to raise interest rates again at its policy meeting next week and more hikes to come through the end of the year.

An Oxford Economics index out last week showed homes were the least affordable in the first quarter of 2022 at any time since the 2007-2009 financial crisis, and it forecast that picture would worsen through the rest of this year.

“The increase in both home prices and mortgage rates since the end of 2021 has pushed the monthly mortgage payment on a median-priced home up by nearly $700, or 56%, pricing millions of buyers out of the market,” Nancy Vanden Houten, the lead U.S. economist at Oxford Economics, wrote in a note following Wednesday’s sales data. “We think underlying demand from younger households and investors may keep a floor under home sales, but not if home price growth does not begin to moderate.”