Fil-Am gets dream role in Disney's ‘Aladdin on Broadway’

Fil-Am gets dream role in Disney’s ‘Aladdin on Broadway’ 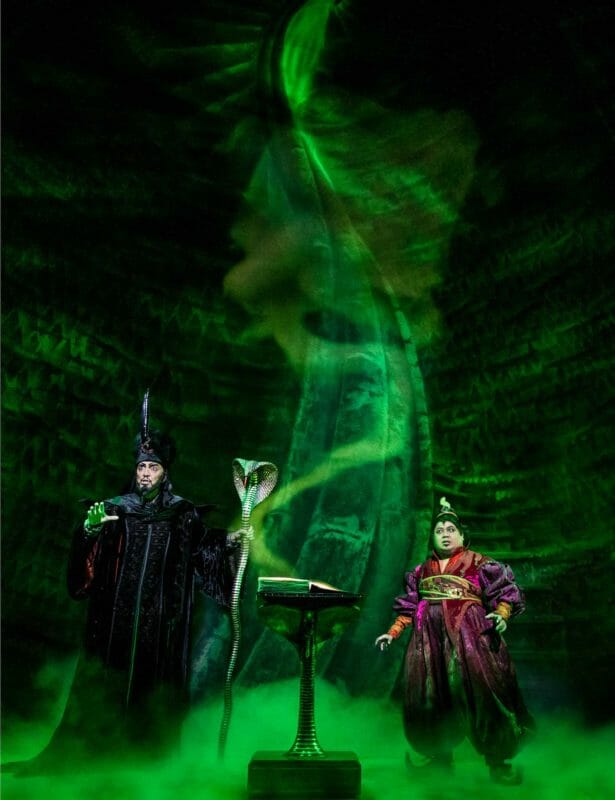 It is not every day that a Filipino American gets a dream role on Broadway, with the world-renowned Disney entertainment giant.

So when Don Darryl Rivera, a self-professed “Disney nerd” with his own Mickey Mouse and Aladdin-lamp decorated office, got a call from the Disney casting office informing him that he got the scene-stealing Iago role in the hit musical Aladdin on Broadway, his hands went numb. It was his fantasy phone call come true.

“I hung up the phone, cried and then called my mom and dad, my sister and my wife. It was a really awesome day.”

Originally voiced by the late comic Gilbert Gottfried in the Aladdin animated film (1992), Iago is a parrot. But in the Broadway adaptation, Rivera is an equally witty and wisecracking human sidekick to the main mischief-maker, Jafar.

A busy comic at New York’s New Amsterdam Theatre with eight shows a week, Rivera moonlights as a playwright and composer. But true to his Filipino heritage, he makes time with his wife, Kate, daughter Eloise.

He wrote the book for the musical based on the beloved children’s book Harold and the Purple Crayon. Staged in his Seattle hometown, it earned him two Seattle Times Footlight Awards,

Rivera claims he trained for his villainous Broadway role in his formative years by tormenting his own older sister. 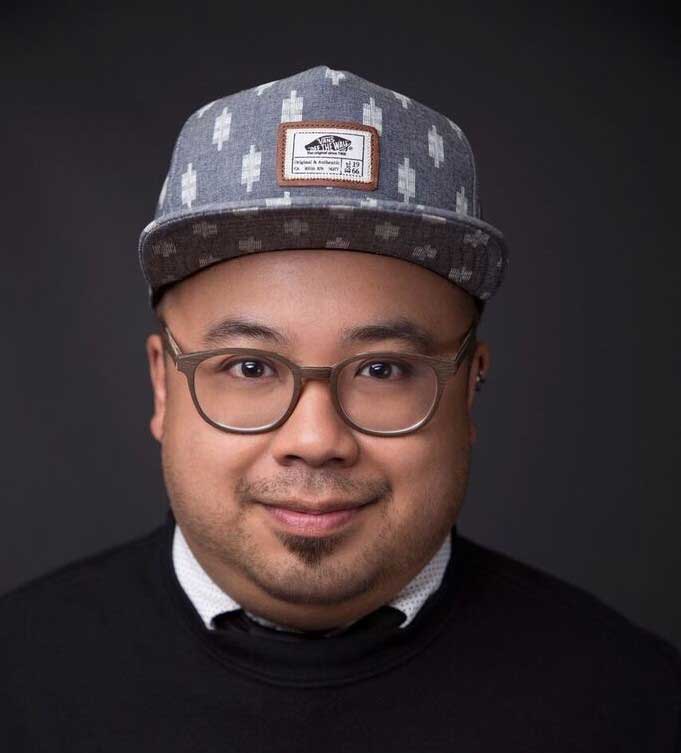 Filipino American Don Darryl Rivera got his fantasy-phone- call-come-true call from the Disney casting office informing him that he was chosen to play scene-stealing Iago in the hit musical “Aladdin on Broadway.” CONTRIBUTED

Rivera’s parents immigrated from the Philippines in the 1970s to Seattle, Washington, where Don Darryl was born. They provided him and his older sister, Daisy, with many opportunities to learn about Filipino culture through art.

“I learned a lot about my heritage through Filipino folk dances and performing songs in Tagalog and Pangasinan at parties when I was younger. And like many Filipino households, we were a multigenerational — my grandparents babysat me and my sister in the company of uncles, aunties and cousins who also immigrated to Seattle and stayed with us as they searched for their own places,” Rivera recounted.

Filipino food, hospitality and the way they celebrate family and friends were also  big influences on who he is today.

Rivera had his early struggles to prove himself as a performer and considered himself as the “wild card” that proved it doesn’t matter what someone looks in assigning roles. He says he finds success by being incredibly true to who he is.

Rivera points to his parents and sister, Daisy, as the major influences in his personal and professional life.

“The bravery they had to pick up their life and move halfway around the world to America is astounding. I’m grateful they taught me so much about my heritage. And I’m grateful that they believed in me and my choice to pursue the performing arts professionally. They’ve always been so supportive,” Rivera says.

“My sister, Até Daisy, I grew up dancing together and playing piano duets and as we got older (and finally moved out of our parents’ house LOL) we now have our own families – she continues to be one of my biggest cheerleaders and I hers. She’s really the best Até anyone could ask for.”

A turning point in Rivera’s professional journey came when the creative department people at Disney’s High School Musical in Seattle Children’s Theatre in 2008 created an inclusive opportunity by making the characters Asian.

It was then that Rivera realized that he had a seat at the American musical theater table. Rivera is “really proud to be representing Filipino Americans in American mainstream entertainment.”

“Growing up, I had Lea Salonga’s Album Lea on cassette tape, but I knew it as an album that my parents bought from the Filipino store. Then when the Aladdin film came out in 1992 and Lea was the singing voice for Princess Jasmine — my mind was blown: A Filipina artista who crossed over into American entertainment! It’s people like Lea, and Jose Llana, and Jon Jon Briones who paved the way and continue to pave the way for Filipino actors on Broadway, and I am honored to share in that responsibility,” stated  Rivera.

Rivera makes known that he would love to be involved in the Filipino American communities in New York and New Jersey and would gladly utilize his knowledge, talent, and skills as his way to give back to the community

Rivera proudly says that he is so inspired by other Filipinos in America who have contributed their talents. “Filipinos in America who shine bright in the face of adversity, thank you for being a beacon, for leading with kindness and for lifting each other up. I’m so proud to stand next to you and show the next generation of Filipino Americans what we are truly capable of. Taas noo kahit kanino! Ang Pilipino ay ako!”