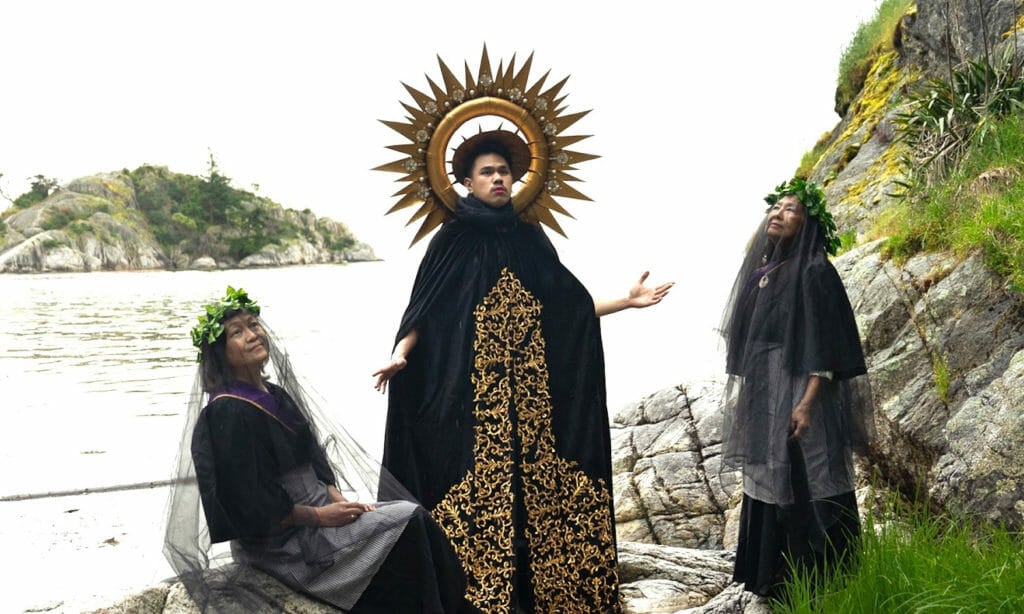 VANCOUVER, B.C. — Stories, songs, dances and poetry of how Filipinos have settled in Canada will go onstage in a new show “Buto/Buto: Bones are Seeds.”

From the 1791 Malaspina Expedition until the present, the show tackles histories of Filipinos arrivals in Canada. The writing team crafted the script based on stories shared by community members in a year-long creative process.

The performance employs the life of Benson Flores, one of the first Filipinos who lived on Bowen Island, British Columbia in the late 19th century, as a jumping off point to showcase a collection of vignettes.

The title of the performance is derived from a poem by Perez that touches on home and legacy.

Fil-Canadians in the cast include Anjela Magpantay, Ted Ngkaion and Abi Padilla. JR Guerrero is a musician for the production.

This theater work was spearheaded by Gupa and is the result of the Jose Rizal Intercultural Theatre Project, a collaboration between the National Pilipino Canadian Cultural Centre and the Southeast Asian Cultural Heritage Society with the special participation of Anyone Can Act Theatre.

The project began its research phase in 2021, which included lectures and discussions on Jose Rizal’s life and works and the histories of Filipinos in British Columbia.

This was followed by an arts training phase for the community from September of last year to February this year. Participants attended weekly training sessions with theater professionals and Southeast Asian performance practitioners to learn skills.

The staging of the work is the current phase. Processing lessons learned from the experience will be the next phase.

“This production has been a two year-long effort,” said Gupa. “These three organizations each brought their expertise and communities to the table, which allowed for this project to move forward at the level of commitment, funding, and passion that our audience members will experience.”

“The show is collectively created by immigrants with a heritage rooted to lands elsewhere. The storytelling jumps entire eras and oceans … [with] a circuitous and ebbing memory of arrival, transit, and the specter of departures.”

“This original work is an ode to the resilience of the community, filling its longing for home with Jose Rizal’s legacy: love for the community, land, and their original country of birth.

“Our mission with this performance is to share with our multicultural Canadian society about Philippine history, languages, heritage, arts and culture, and histories of Filipino migration to Canada and its significance to Canadian society and economy.”