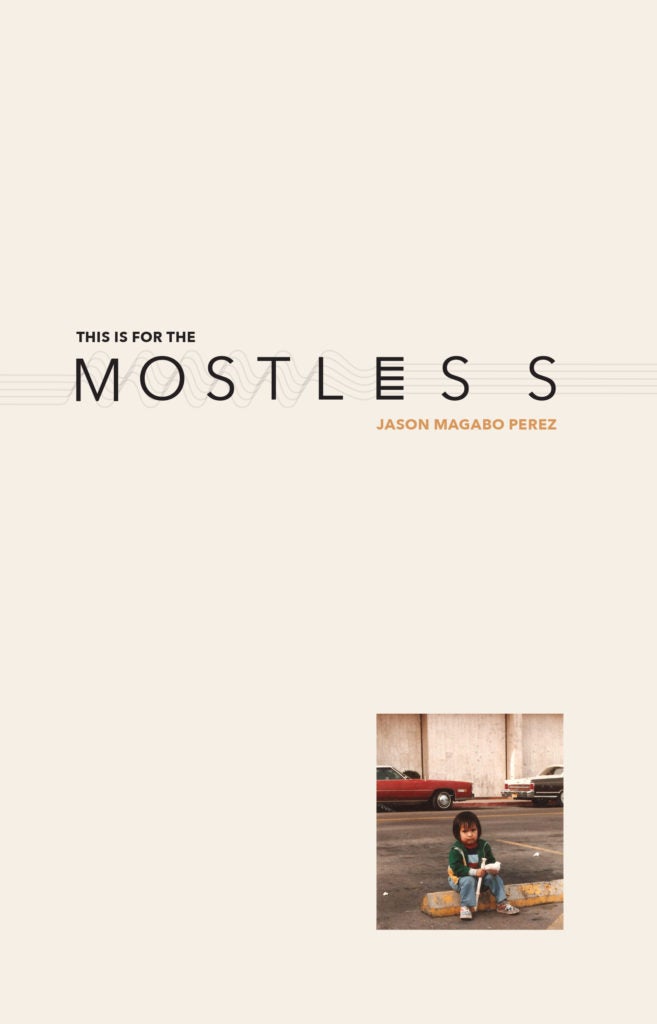 This Is for the Mostless is a compelling book by Jason Magabo Perez that could also be described as a compendium of the Filipino American experience told through the lens of its author.

Adding to the growing canon on the Filipino American experience, Perez’s recently published book confirms many of what has already been said on the subject, yet it is a reminder about all that could easily be forgotten while presenting a fresh perspective and insight on the ongoing dialogue of what it means to be a Filipino, and an American, in which many facets of this complex and evolving identity remain unchanged despite changing attitudes and times.

Perez in 2006 had set out to write a novel about his mother and her experience as an immigrant nurse in Ann Arbor, Michigan. In 1977, his mother, Leonora Perez, along with fellow nurse, Filipina Narciso, in one of the longest trials in U.S. history, U.S. v. Narciso and Perez, were falsely convicted for the deaths of patients at the Ann Arbor Veterans Administration Hospital. They “were framed by the FBI for murder and conspiracy.”

This incident has shaped him as a person, was a catalyst for his becoming a writer and became his life’s work.

“In my exploration of that history, in my research and my interrogation of the form of the novel, I realized that I’d amassed a considerable body of work­—fiction, poetry, performance, film/video, oral histories.”

In 2015 he assembled the novel “knowing full well [it]wasn’t ready, knowing full well that I was rushing the process.” His publisher also thought so. “I began thinking about what it would mean to assemble a different book comprised of different works.”

The result is a multi-genre assemblage of experiences written in varying modes and perspectives, from a boy trying to fit in while making sense of the world and the conditions that have shaped his reality, to a grown man dealing with his present while looking back and still making sense of his past. Seeing the truth from a different point of view does not change it but renders it more resonant, more immediate and relevant.

Composed of scenes with vivid metaphors within that you can see and, possibly, touch and smell, but definitely feel, the work is an ongoing exploration of identity through time and a life so far lived. While there is rightful anger and frustration present in his work, he does not wallow but offers a point of understanding the why’s and how come’s so that we may, if we choose to follow, inch further toward a seemingly impossible but shared aspiration for reprieve and release from the ghosts of our past.

Although far removed from the experiences of Filipinos as immigrant farm workers in the past, the first generation that struggled and gave way to future generations of Filipino Americans, the book speaks to the present generation with core issues intact. Perez’s iteration of those issues that have lingered from the past may be seen as part of an intergenerational conversation between those that came before and to those who came of age in the 1990s, heirs to their parents’ frustrations and hopes. 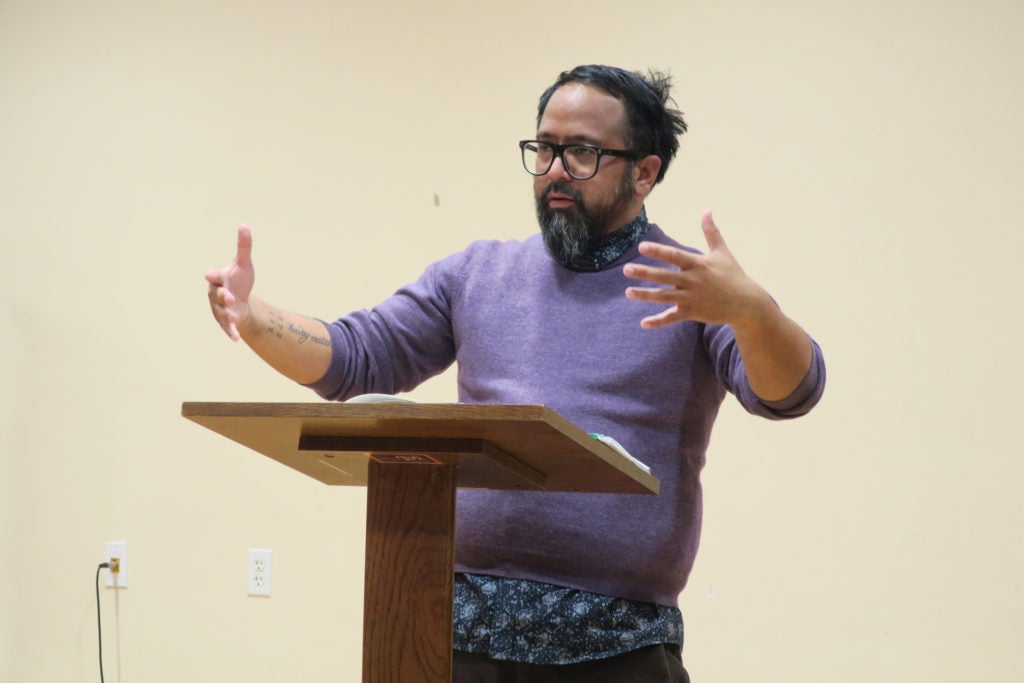 In “Crayoning the King: On Discipline,” Perez grapples with colonization: “But it was not like I was plunging my flag into someone else’s soil & skull, or forcing people to make my language their own.” In “Violent Hero,” after he plays a recording of his own version of an Eazy-E verse for his mother, he comes face to face with a postcolonial consequence that is told with humor and irony: “Regardless of my mama’s hopes & fears, regardless of my becoming, my mama says, as she wipes and wipes dead ipis legs from the nightstand: ‘Wow, anak. Ang ganda! You are so good in English.’”

Perez, who has an M.F.A. in Writing and Consciousness from New College of California and a dual Ph.D. in Communication and Ethnic Studies from University of California, San Diego and is currently an assistant professor of English/Creative Writing at California State University, San Bernardino, is also the author of hybrid collections of poetry and prose: Phenomenology of Superhero  (2016).

The title of the book, This is for the Mostless, is from a Jose Garcia Villa poem. It was in a Filipino American literature course in college the he encountered the untitled poem by Garcia Villa. “I was drawn to the first line of that poem: ‘Mostly are we mostless.’ There was something lucidly perplexing about that line. There was something in ‘the mostless’ having to do with mourning, with longing, deep respect, love, dignity, about marginalization, abundance and lack.”

“I made the declaration that that this book was intended for whatever and whoever constituted ‘the mostless’. I treat the title as an objective, as something to question and theorize as I write and the reader reads the works in the book—how they are assembled, what they look like, what they feel like, to whom and to what they are dedicated.”

“When the book was finally printed, I admitted to my partner that I still had no clear idea what the title meant! And she so very brilliantly said, ‘You know what? Neither do I. But I know how it makes me feel.’ This book is for whatever that feeling is and whoever has produced that feeling.”

Fresh from his book tour in California, Perez reflects on his audience and purpose. “I’ve been fortunate to read for various kinds of audiences. The more and more I read to young Filipina/o/x students and students of color, either in creative writing or in Asian American studies or ethnic studies, I am convinced that my intentions for the book were on point. This book is for our families, our communities, our students. I’m so happy to share the work wherever and to whomever it takes me.”

This is for the Mostless is available from booksellers online and your local bookstore. www.jasonmagaboperez.com