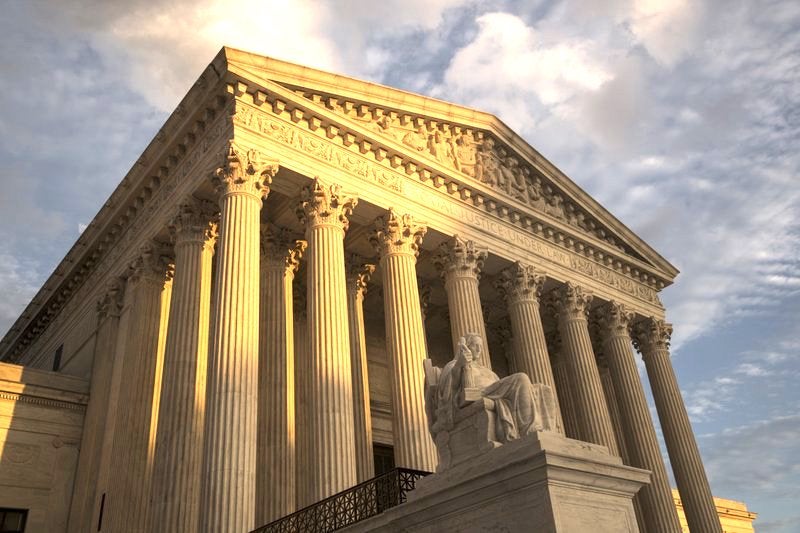 The Supreme Court on Monday rejected the Trump administration’s bid to intervene in the fate of a program that protects young immigrants from deportation, leaving the matter for now in the hands of lower courts. AP PHOTO

WASHINGTON — The U.S. Supreme Court on Monday rejected the Trump administration’s highly unusual bid to bypass a federal appeals court and get the justices to intervene in the fate of a program that protects hundreds of thousands of young immigrants from deportation.

The announcement means the case affecting “Dreamers” will have to work its way through the lower courts before any Supreme Court ruling is possible. The case could also become moot if Congress takes action in the meantime. Right now, however, efforts to address the issue in Congress have hit a stalemate.

The Supreme Court’s decision for now to stay out of the case on the Obama-era Deferred Action for Childhood Arrivals program, or DACA, wasn’t surprising. It’s highly unusual for the Supreme Court to hear a case before a lower appeals court has considered it.

But DACA supporters hailed the decision as a significant — if only temporary — win. Trump said the case would now be heard by an appeals court and “we’ll see what happens from there.”

“You know, we tried to get it moved quickly because we’d like to help DACA. I think everybody in this room wants to help with DACA,” he said to visiting governors. “But the Supreme Court just ruled that it has to go through the normal channels.”

DACA has provided protection from deportation and work permits for about 800,000 young people who came to the U.S. as children and stayed illegally.

In September, Trump argued that President Barack Obama had exceeded his executive powers when he created the program. Trump announced he was ending the program effective March 5 and gave lawmakers until then to come up with a legislative fix.

But in recent weeks, federal judges in San Francisco and New York have made Trump’s deadline temporarily moot for people who have sought and been granted renewals; the rulings do not extend to people who are applying for the first time. Judges issued injunctions ordering the administration to keep DACA in place while courts consider legal challenges to Trump’s termination. As a result, U.S. Citizenship and Immigration Services resumed accepting and processing DACA renewals in January, just as it had before Trump’s September announcement.

The Trump administration has not tried to block the injunctions that force it to continue operating the program. Though the March 5 date is now moot, Greisa Martinez, policy and advocacy director for United We Dream, said DACA supporters planned to demonstrate in Washington on that day in part to continue to pressure Congress to act.

The Senate two weeks ago blocked a bipartisan bill offering Dreamers potential citizenship and providing $25 billion for President Donald Trump to build his proposed border wall with Mexico. A more conservative House proposal that sharply reduces legal immigration and imposes other restrictions has languished short of the GOP votes it would need to pass, leaving its fate in question.

The Supreme Court’s announcement Monday that it wouldn’t step in to the case now means the U.S. Court of Appeals for the Ninth Circuit will likely be the first appeals court to weigh in on the topic, the step before the case would return to the Supreme Court.

The Ninth Circuit has set no date to hear arguments but has given lawyers dates by which they must file briefs that run through April. Andrew Pincus, an attorney who represents more than 100 businesses that intervened in support of DACA, said June is probably the earliest that the court would rule.

Meanwhile, a federal judge on Monday issued a sweeping ban on the U.S. government revoking deportation protection of immigrants brought to the United States illegally as children.

U.S. District Court Judge Philip Gutierrez expanded a preliminary injunction he issued earlier in a lawsuit that alleges the Trump administration is yanking people out of the Deferred Action for Childhood Arrivals program without giving them a chance to defend themselves.

The Obama-era program allowed such immigrants to live and work in the U.S. under certain conditions unless they commit serious or repeated crimes.

The American Civil Liberties Union lawsuit alleges that in many cases, the government ended immigrants’ DACA participation even though they were never convicted of any serious crimes. They lost work permits and faced deportation proceedings.

For example, the suit contends that Jesus Arreola had his work permit revoked after he was arrested on suspicion of immigrant smuggling, even though an immigration judge discredited the allegations.

ACLU attorneys said at least 22 people had their participation in DACA terminated and hundreds may be affected.

Gutierrez granted the lawsuit class-action status, meaning it will cover DACA recipients who, after Jan. 19, 2017, had or will have their DACA status revoked.

The judge barred the government from revoking DACA status without providing previous notice and an explanation. Those who’ve already lost their DACA status must have it reinstated.

The hearing came the same day the U.S. Supreme Court refused to take up the Trump administration’s appeal of a court order requiring it to keep accepting DACA renewal applications during legal challenges over the program’s fate.

The administration decided last year to phase out the program for hundreds of thousands of immigrants who were brought to the United States illegally as children or overstayed their visas.