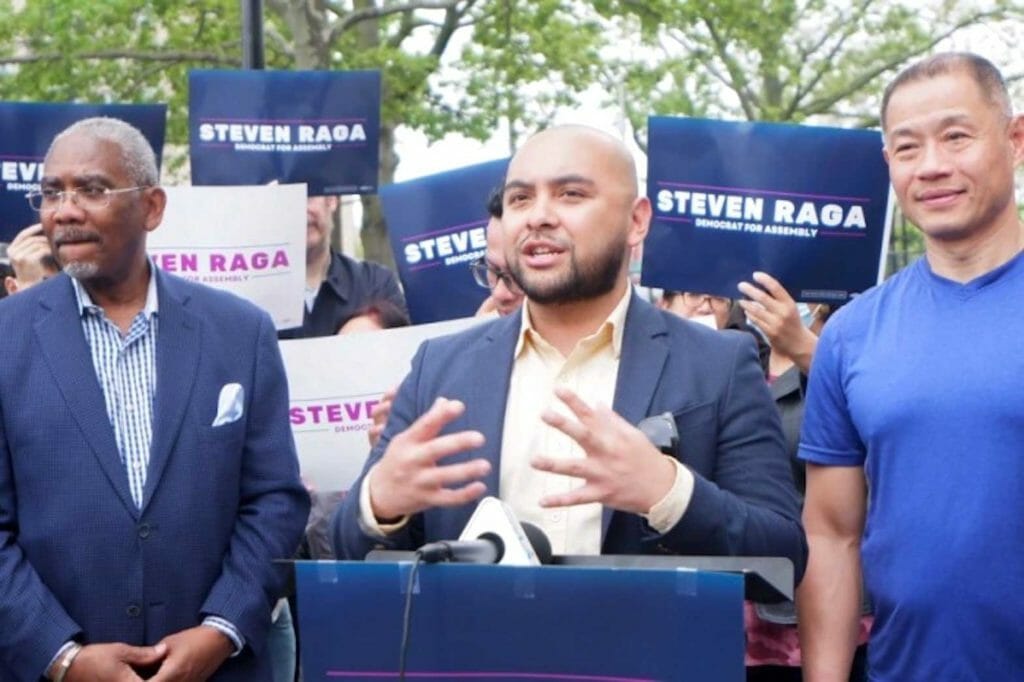 Steven Raga on June 28 won the Democratic primary for  assemblyman of District 30 in Queens, New York, becoming the first Filipino American to do so.

“I am proud to be elected as the first-ever Filipino American Democratic nominee for the New York State Assembly” Raga said on social media.

He will face a Republican for District 30’s State Assembly seat in November and could become the first Filipino American to be elected to the state legislature.

Raga, a progressive, won 70% of the votes to opponent Ramon Cando’s 30% in a two-person race. Cando ran to his right.

Steven Raga, former chief of staff to the incumbent Brian Barnwell, who decided not to seek reelection. A committee formed to select Barnwell’s replacement chose Raga.