PH-born teacher named among 'the best in New York'

PH-born teacher named among ‘the best in New York’ 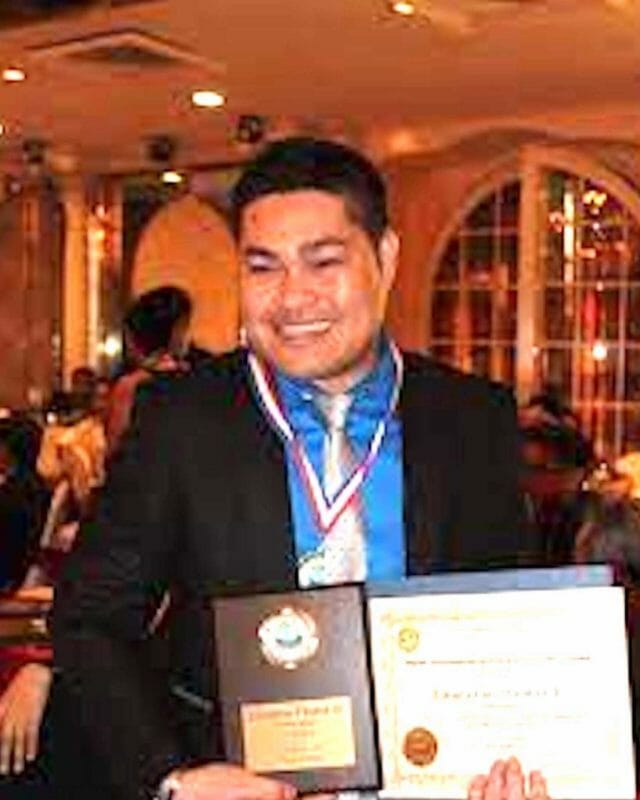 Ely Timbal holding a previous award from by the Association of Filipino Teachers in America. He was recently named one of the 54 best teachers in New York by Gov. Kathy Hochul. FACEBOOK

Math teacher Eleuterio Timbol dedicated his Empire State Excellence in Teaching Award to his deceased mother and brother, who both passed away in the last two years.

“I feel this award will make them happy in heaven,” he said when reached by The FilAm.

In the end, 54 outstanding educators were chosen “for their hard work and effort,” “for inspiring thousands of children across our great state,” and “for selflessly showing up for our kids.”

Awardees receive a $5,000 stipend distributed by the State University of New York. It will apply toward professional learning opportunities to continue to develop their knowledge and skills. 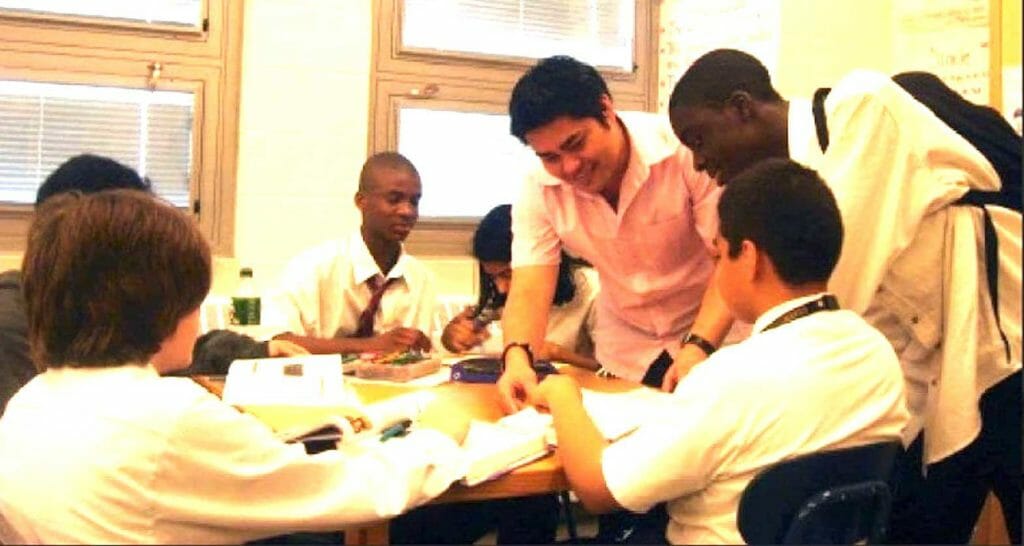 Timbol received the news with a mixture of surprise and gratitude. “This recognition is one of the significant events in my personal and professional career. It’s an honor to be one of the 54,” he said.

He has been a teacher for 24 years; five years in the Philippines and 19 years in NYC. He is currently a New York City District 28 teacher, the Math Lead teacher at the High School for Law Enforcement and Public Safety in Jamaica, Queens.

Born in Romblon and raised in Laguna province, Timbol finished his elementary education at Platero Elementary School as 1st Honorable mention, and secondary education at Saint Michael’s College of Laguna as salutatorian. He graduated with a Bachelor of Science in Education degree from Saint Michael’s — awarded the Gold Medal Excellence — where he majored in Mathematics. He pursued his master’s degree and finally acquired his PhD in Educational Management from Cavite State University.

Timbol started as a high school teacher in Laguna. He became Math Department Coordinator from 1998- 2003 before moving to New York.

In 2015, Timbol was given Americas’ Finest Teacher Award by the Association of Filipino Teachers in America. The following year, he was named Saint Michael’s Outstanding Alumnus.

The New York Governor’s Empire State Excellence in Teaching Award is a “great honor,” he said.

“My family way back home in the Philippines is full of excitement upon hearing this recognition,” he told The FilAm. “I have two sisters and seven brothers, and I could hear the sounds of loud excitement when they heard the news.”

The award recognizes outstanding P-12 educational leaders who exemplify progressive and innovative teaching and strive to attain New York standards and success for all students, according to a press statement.

Awardees are career learners and educational professionals who are eager to represent their discipline, share their skills, and advise policymakers on important issues in education.