BAYONNE, New Jersey – These days more Filipino Americans are getting involved in their community by running for public office, from Bergenfield to Mahwah to Jersey City. Now in this town, Melissa Enriquez-Rada is gearing up to run for one of the two council-at-large seats in the upcoming election on May 8, 2018.

“I’m proud to stand with Jason O’Donnell and the rest of our team because I know our only goal is to fight for Bayonne taxpayers and to make a better future for our residents,” she said in a statement. “I have seen so many people in my travels who do not have the ability to be a voice in their own community and I am looking forward to the opportunity to work towards a better future for our city and everyone who lives here.”

The city of Bayonne, which is very close to Jersey City, is located east of Newark and connected to Staten Island, New York via the Bayonne Bridge. It is 4.54 miles apart from Jersey City in the southwest direction and a 9-minute nonstop drive.

As of 2016, Bayonne had a population of about 66,000. Many Filipinos live in all its Wards, and Rada said that most of the Filipinos she knows are Filipino Americans. 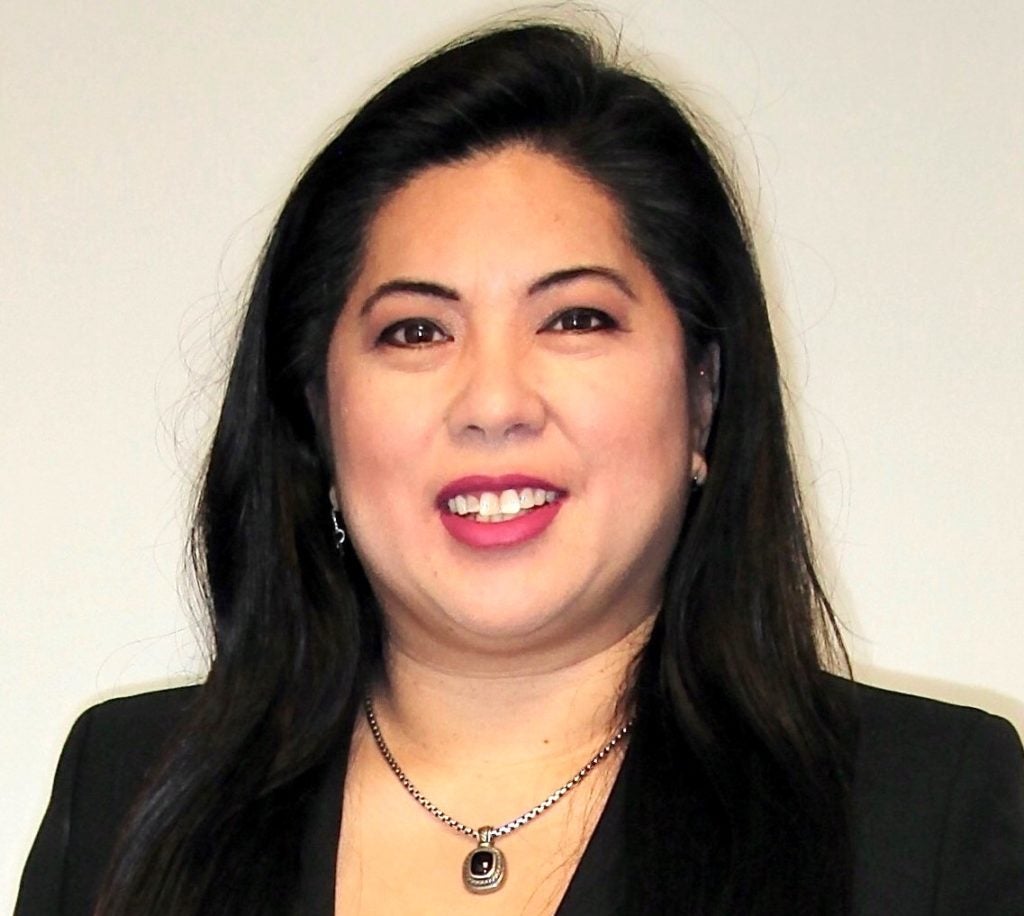 Melissa Enriquez-Rada is gunning for the City Council of  Bayonne, New Jersey. CONTRIBUTED

“They can help with our campaign by inviting us to do a meet and greet in their homes or at any event they may have,” Rada told the Philippine Daily Mirror. “This way, they can get to know us, and we can answer any question or concerns they may have.”

Filipino American Rolando Lavarro, Jr., president of the City Council of Jersey City, is a family friend. Rada’s husband and Lavarro have been friends since childhood. She said that Lavarro is very supportive of her decision and has offered advice in her candidacy.

In December 2017, Rada was the third person tapped by former New Jersey assemblyman and now mayoral hopeful Jason O’Donnell. She is the first Filipino American to seek a council seat in Bayonne.

“Melissa Enriquez-Rada is a tremendous addition to our team. Melissa understands better than most that public service is a sacrifice for the good of the community and her work as an advocate is indicative of that sacrifice,” O’Donnell said in a statement.

“I am looking forward to working with her to get our message of character and commitment to our city out to voters in advance of Election Day, so we can establish a path in Bayonne that doesn’t include huge tax breaks for rich developers that mortgage our kids’ futures.”

Although 360 valid signatures are needed to be certified as an at-large candidate, Rada said she has already obtained these signatures and will continue to get more until March 5, the deadline when each candidate will have to submit a nominating petition to City Clerk Robert Sloan.

“Our team is well staffed, and managing our campaign,” she told the Philippine Daily Mirror. “I have a very supportive family and I felt honored to be asked by Jason (O’Donnell).”

Besides the core campaign issues of O’Donnell of protecting Bayonne taxpayers, bringing new businesses without huge tax breaks for developers, making sure money gets to schools, and restoring character and integrity to the office, Rada, if elected, wants to introduce programs to:

In addition, she would like to work closely with top officials of all Bayonne’s non-profit organizations and identify what they can each do to bring the community together.

Born in Hawaii and raised in San Francisco, California by his late father, Bobby Enriquez, a jazz pianist from Bacolod, and mother Jeanann Cortez from Cavite, Rada has been a resident of Bayonne since 1992. She is a community advocate, mother, wife, realtor, massage therapist, and an insurance agent.

When asked by the Philippine Daily Mirror how she can have all these roles, she said: “Because of my faith in my Lord and Savior Jesus Christ, and my family – they support everything I do, and I want to set an example to my children for them to follow.”

She has four children, Ariel, Mikaela, Zachary, and Katrina. Her husband, Adel, works as a finance manager at a car dealership in Route 22, NJ where he has worked for 28 years.

“My family is my motivation,” said Rada. “I want them to see me serving the community and God willing they will do the same.” Rada is involved in several community organizations.

Rada is in her second year as president of the Rotary International Club of Bayonne, which is “a global network of about 1.2 million neighbors, friends, leaders, and problem-solvers who see a world where people unite and take action to create lasting change, across the globe, in communities, and in its members.”

She previously served as the PTA president for the John M. Bailey school and a former member of the Bayonne Women’s Club. She is a two-time recipient of the Bayonne Board of Education’s Sharing is Caring Award and received the Rotary International Walter D. Head Award this year.

She is also an assistant teacher for The Artists Avenue organization and promoter for High Tech High School’s performing arts programs.

She is a member of the board and the chief promotions officer of Blessed to Bless Community Development Corporation, a local community outreach which helps people affected by tragedies such as fire victims, homeless and the Hurricane Sandy. The group conducts medical missions to the Philippines where they have started to build an orphanage in Bicol, and to Cambodia.