Fil-Am rehab nurse is a hit with heart patients

Fil-Am rehab nurse is a hit with heart patients “Where are you from? How long have you been here?”

The old man undergoing rehabilitation meant no harm. He was just used to nurses from the Philippines. He knows that Filipino nurses are known for their professionalism and utmost care for patients.  But Jean Novales, 32, was born and raised in America.

When she is asked such questions Jean would smile and explain. Jean believes that the question is generational because it usually comes from elders.

“I usually explain that I was born and raised in Los Angeles, California, but what would spark the question would be my strong American accent. Even with meeting from phone conversation to meeting face-to-face, people would be surprised by my appearance compared to my voice,” Jean laughs.

Jean was one of the two nurses who started the rehabilitation program at Cardiac Rehabilitation of the Desert Regional Medical Center in Palm Springs, California. They conduct seminars and exercise programs specifically designed for elderly people and those under rehabilitation after operations or angioplasty. She is known in the Center as the “Workout Warrior.”

Jean is a second-generation Filipino American whose parents immigrated to the United States a few years after former President Ferdinand Marcos declared martial law. Both her parents, Juanito and Cecile, are doctors who decided to accept fellowships and residencies in the United States. But that was just one of the excuses they had to make to convince themselves that they should not raise a family under a dictatorship and in the face of an impending civil war.

Since they have family members in the States, the Novales couple did not have many struggles in the US. After five years they were able to obtain U.S. citizenship.

“My parents never spoke about Martial Law and they always talked about how much they loved their life in the Philippines,” Jean says.

Living in both worlds

Jean grew up in the Asian American community in Los Angeles. With lots of relatives and Filipinos around, she did not see herself as different from any other children she grew up with.  For Jean, her worlds are not separate. She is as Filipino as she is an American. 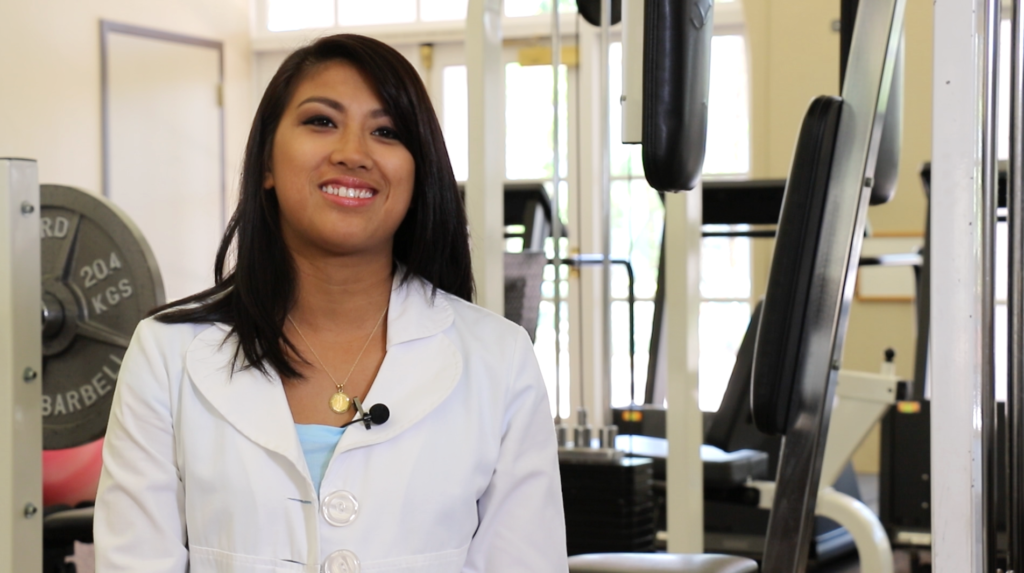 With her Spanish sounding name, Jean is often mistaken for another ethnicity, but she does not take it as discrimination.

“I have never felt offended when I am mistaken for another ethnicity, rather, I feel like a chameleon that way.  For example, when someone starts speaking to me in Spanish, I can (for the most part) answer back in Spanish.  When it comes to Tagalog, I understand a little and I answer back in English, because I do not know how to speak Tagalog,” Jean explains.

Jean’s maternal grandmother is Professor Dolores Tejada, who used to teach Spanish at the University of Santo Tomas. Hence, while growing up, they spoke more Spanish than Tagalog. Here, their parents and family friends spoke to them in Tagalog, but when they went to school, they slowly started to lose the ability to speak it.

Despite never having been to the Philippines, Jean has always considered herself a Filipino.

“Being a Filipino is the heritage which I grew up in and the foundation on which my family was built.  As many cultures are built upon hard work, I believe the Filipino culture has a very strong work and familial ethic in taking care of others, specifically the elders,” Jean explains.

Family of doctors and a nurse

Jean grew up surrounded by healthcare providers since her father is also a physician in a hospital. Aside from her parents, Jean’s brothers, John and Enrique (who has medical degree in Manila and will complete his residency in the States) are also doctors. Her grandfathers from both sides were also respected doctors in the Philippines.  Jean may not be a doctor, but she has proved her expertise in the nursing field. Presently she is finishing a dual maste’rs in Business and Nursing at Grand Canyon University in Phoenix, Arizona.

“Our parents never pressured us to go into the medical field. They always told us, whatever profession we wanted to have, become the best at that profession and more importantly, be happy doing it,” Jean says.

Indeed, Jean is among the best in her profession.

A former patient, Norman de los Santos, testifies that during his five months at Cardiac Rehab, he had seen several other rehab graduates coming back to visit Jean to say hello, and bring her a box of donuts and some other treats.

“Jean’s sunny disposition, infectious laugh, and caring personality definitely made the cardiac rehab center a place that you want to be at to make yourself better and not just another stuffy old gym to do your repetitive tiresome workout. Jean and the rest of the team treated us like family. They made the Cardiac Rehab Center at Desert Regional ‘a place for the heart with a heart,’” De los Santos claims.

Being a Filipino American

Aside from the usual fare of pancit, adobo, and kare-kare on their table, many Filipino Americans like Jean are bound by familial ties yet raised to be independent.

“Our parents taught us to be honest and caring, but also independent and to have a strong work ethic.  They not only spoke of strong ethics, but they always showed strong ethics.  They are a solid team and I look up to them,” Jean shares.

True to her profession, Jean advises Filipino Americans who are taking care of their elders:

“We need to take care of ourselves; our health and happiness are so important.  So, do not doubt yourself and your capabilities, because sometimes saying yes to something outside of your comfort zone can open a whole world of opportunities. If it excites you and scares you at the same time, maybe it is something good to try.  Someone will always be there to have your back.