For Jeremy Fong, U.S. crypto lender Celsius was an ideal place to stash his digital currency holdings – and earn some spending money from its double-digit interest rates along the way.

“I was probably earning $100 a week,” at sites like Celsius, said Fong, a 29-year civil aerospace worker who lives in the central English city of Derby. “That covered my groceries.”

Now, though, Fong’s crypto – about a quarter of his portfolio – is stuck at Celsius.

The New Jersey-based crypto lender froze withdrawals for its 1.7 million customers last week, citing “extreme” market conditions, spurring a sell-off that wiped hundreds of billions of dollars from the paper value of the cryptocurrencies globally.

Fong’s long-term crypto holdings are now down about 30%. “Definitely in a very uncomfortable position,” he told Reuters. “My first instinct is just to withdraw everything,” from Celsius, he said. 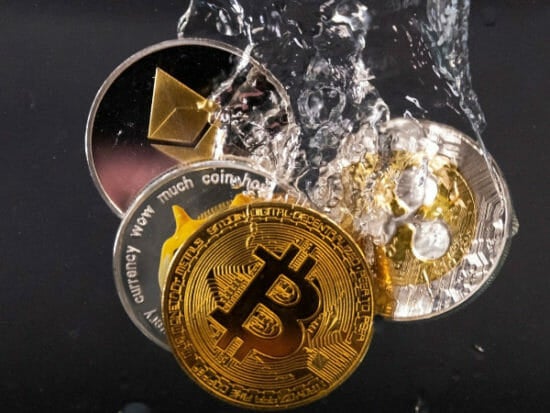 The Celsius blow-up followed the collapse of two other major tokens last month that shook a crypto sector already under pressure as soaring inflation and rising interest rates prompt a flight from stocks and other higher-risk assets.

Bitcoin fell below $20,000 on June 18 for the first time since December 2020. It has plummeted around 60% this year. The overall crypto market has slumped to around $900 billion, down from a record $3 trillion in November.

The tumble has left individual investors across the world bruised and bewildered. Many are angry at Celsius. Others swear never to invest in crypto again. Some, like Fong, want stronger oversight of the freewheeling sector.

Susannah Streeter, an analyst at Hargreaves Lansdown, compared the turmoil to dotcom stocks crash in the early 2000s – with technology and low-cost capital making it easy for individual investors to gain access to crypto.

“We’ve got this collision of smartphone technology, trading apps, cheap money, and a highly speculative asset,” she said. “That’s why you’ve seen a meteoric rise and fall.” 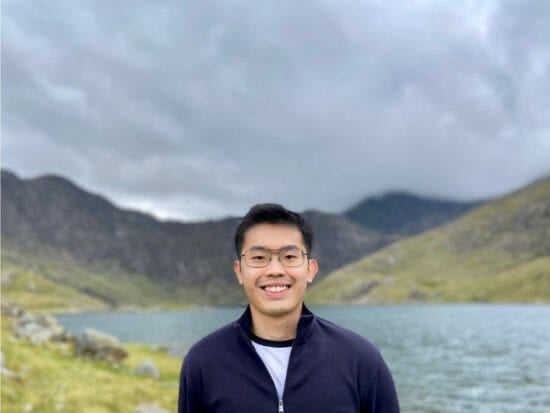 Jeremy Fong, a cryptocurrency investor who used the Celsius Network site, is pictured in Beddgelert, Wales, in this handout photo taken September 5, 2020 and obtained by Reuters on June 17, 2022. Jeremy Wong/Handout via REUTERS

Crypto lenders, such as Celsius, offer high-interest rates to investors – mostly individuals – who deposit their coins with these sites. These lenders, mostly unregulated, then invest deposits in the wholesale crypto market.

Celsius’ troubles appear to be related to its wholesale crypto investments. As these investments turned sour the company was unable to meet client redemptions from investors amid the broader crypto market slump.

The redemption freeze at Celsius was akin to a small bank shutting its doors. But a traditional bank, overseen by regulators, would have some form of protection for depositors. 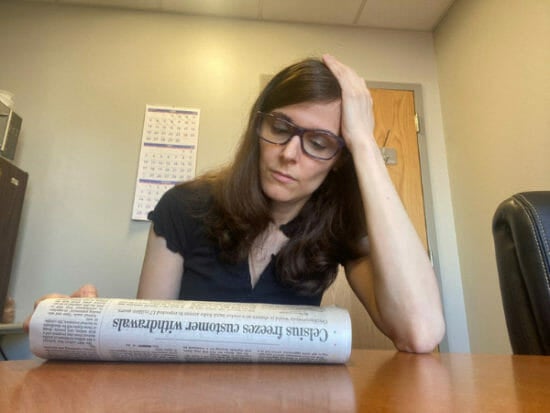 Cryptocurrency investor and Celsius Network customer Alisha Gee is pictured at her workplace in Pennsylvania in this handout image taken June 17, 2022. Alisha Gee/Handout via REUTERS

One of those impacted by the Celsius freeze was 38-year-old Alisha Gee in Pennsylvania.

Gee invested “every last bit” of her paycheques in crypto since 2018, which have built up into a five-figure sum. She has $30,000 of deposits at Celsius – part of her overall crypto holdings – earning her interest of $40-$100 a week, which she hoped would help her to pay off her mortgage.

Just over a week ago, Gee got an email from Celsius saying she couldn’t make withdrawals. “I just was pacing in the dark at 2 a.m., just back and forth,” she said.

“I believed in the company,” Gee said. “It doesn’t feel good to lose $30,000, especially that I could’ve put towards my mortgage.”

Gee said she would continue to use Celsius, saying she was “loyal” to the company and hadn’t experienced problems before.

Celsius CEO Alex Mashinsky tweeted on June 15 that the company was “working non-stop,” but has given few details of how or when withdrawals would resume. Celsius said on Monday it was aiming to “stabilize our liquidity and operations.”

For some, enthusiasm for crypto is undimmed.

“I have seen multiple bear market cycles by now, so I am avoiding any knee-jerk reaction,” said 23-year-old Sumnesh Salodkar in Mumbai, whose crypto holdings are down but still in positive territory.

For others, warnings from regulators across the world about the risks of dabbling in crypto have become reality.

Halil Ibrahim Gocer, a 21-year old in the Turkish capital Ankara, said his father’s crypto investments of $5,000 have tumbled to $600 since he introduced him to crypto.

“Knowledge can only take you so far in crypto,” said Gocer. “Luck is what matters.”

Another investor, a 32-year old IT worker in Mumbai, said he poured three-quarters of his savings – several hundred dollars – into crypto. Its value has plummeted by around 70%-80%.

“This will be my last investment in cryptocurrencies,” he said, requesting anonymity.

Regulators in countries around the world have been working out how to build crypto guardrails that can protect investors and dampen risks to wider financial stability.

Fong, the UK investor who has lost access to his crypto at Celsius, wants things to change.

“A bit of regulation would be good, essentially. But then I think it’s a balance,” he said. “If you do not want too much regulation, this is what you get” he said.