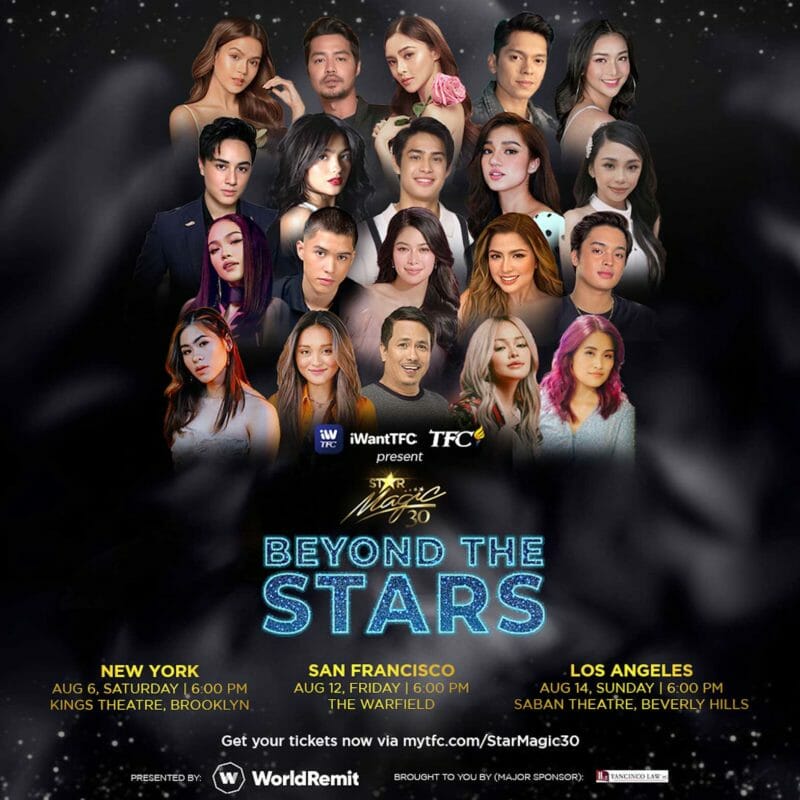 “Beyond the Stars” is three nights of entertainment with a “youthful, power-packed talent line-up.” CONTRIBUTED

LOS ANGELES – Top Philippine talent management agency Star Magic will mark its 30th anniversary this August in grand fashion by bringing some of its “brightest stars” to the U.S. for “blockbuster” performances.

“Beyond the Stars” is three nights of entertainment with a youthful, power-packed talent line-up, according to a press statement:

The cast will perform on August 6 at the historic Kings Theatre in Brooklyn, New York, home to state-of-the-art live performances that have revitalized the famous Brooklyn art scene.

Then the cast will fly for shows in California, starting with August 12 at The Warfield in San Francisco, a city institution for over 86 years that is now operated by Goldenvoice, the creator of Coachella and Stagecoach festivals.

This will be followed by another show on August 14 at the Saban Theatre in Beverly Hills, Los Angeles — a cultural and architectural landmark that is one of the most popular venues in plush Beverly Hills.

For three decades, Star Magic has provided workshops in acting, dance, art, script appreciation, styling, and voice production as well as physical fitness training to “develop well-rounded and world-class performers with discipline and the proper work ethic.” Star Magic artists are also encouraged to use their influence for good through supporting advocacies like those of ABS-CBN Foundation.

The shows are made possible through the collaboration of Star Magic with iWantTFC and TFC. “Beyond the Stars” is co-presented with World Remit with Tancinco Law as a major sponsor.

Tickets are already available for purchase at mytfc.com/StarMagic30