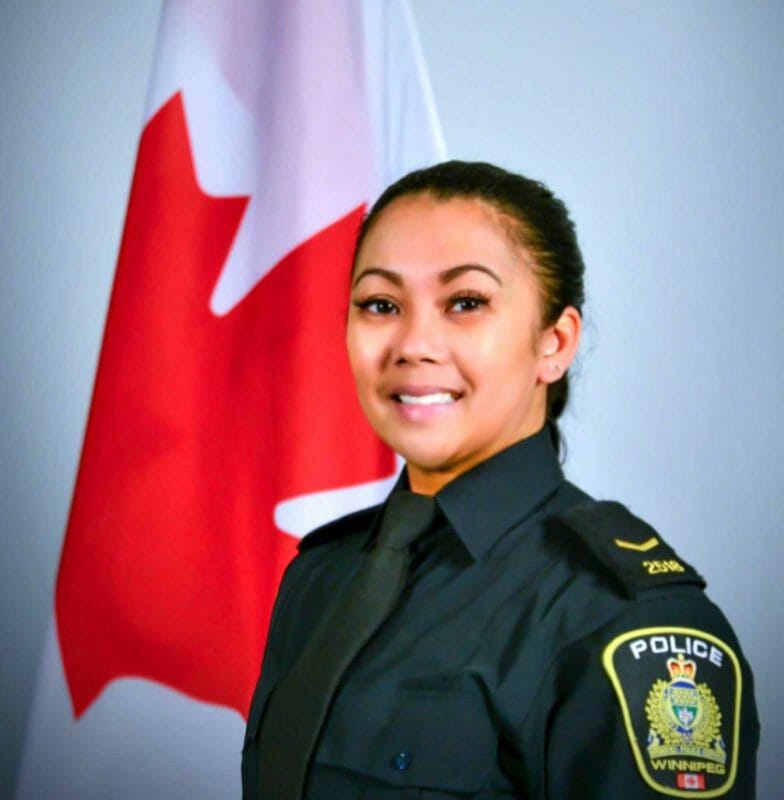 Constable Maria Buduhan said her personal experience with domestic violence inspired her to join the force as a way to help others. FACEBOOK

A Filipina Canadian police officer joined the Winnipeg Police Service because a decade-long abusive relationship prompted her to do so.

Constable Maria Buduhan said her personal experience with domestic violence inspired her to join the force as a way to help others.

“I wanted to make a change and help others who may be in a situation similar to mine, and that’s why I decided to apply for a position as a police officer in the Service,” she told CBC.

Buduhan is a 19-year member with the Winnipeg Police Service (WPS) who has worked in various units within the force: General Patrol, Intelligence, arrest processing. She is in her third year with the Community Relations, Diversity and Crime Prevention Unit.

Her duties involve educating members of the public on issues such as Crime Prevention, Frauds and Scams, Online Safety and Domestic Violence Intimate Partner Violence to name a few.

Buduhan says her “lived experience” lets her quickly understand the situation of the people she encounters in her work.

“It allows me to go ahead and let people know that I understand.”

Buduhan was awarded the Pinay Traiblazer Awards in May by Pinays Manitoba for making significant contributions to her community and being one of the few Filipinas in law enforcement.

According to a 2019 Winnipeg Police survey just over 7% of police officers were identified as visible minorities, and less than 16% were women.

Pinays Manitoba Vice President Winnie Navarro explained that it is important to recognize the contributions of Filipino women because “they don’t promote themselves. They don’t talk about their achievements. It’s good that the community knows this.”