A musical on friendship in the time of an eviction

A musical on friendship in the time of an eviction LOS ANGELES — A new musical about two men—one Filipino and the other Irish—who form a friendship as eviction looms for the both of them, will be performed at the Sanctuary, Pico-Union Project this month.

Written by Carlene Sobrino Bonnivier and Reme Grefalda, “Warrior” is about two fictional residents of the International Hotel in San Francisco.

“They decide they have one last fight left in them. This is it. They will not leave,” says Bonnivier.

“The musical is deeply inspired by the nine-year struggle, waged by 150 old-timers who lived in the International Hotel—the last vestige of what had once been a vibrant community in San Francisco’s Manilatown.”

The hotel was a single-room-occupancy accommodation for many Chinese and Filipinos, some of whom had immigrated to the US as early as the 1920s.

Because of existing laws upon and after their arrival, Filipino immigrants were not allowed to marry white Americans, own businesses nor land—as such, some of the Filipino men grew into old age as bachelors with little savings and lived in working-class hotels such as the International Hotel.

Protests were held from 1968 to 1977 to fend off the eviction of the residents, most of whom did not have family support and had nowhere else to go.

“We have a very dramatic story. At one time, there were 8,000 protestors surrounding the hotel, locked arm-in-arm as a human shield, protecting the old-timers from the authorities,” says Bonnivier.

“The musical is about the astonishing struggle against all the political and legal power a city can bring to bear, but you won’t leave the theater in tears. You’ll leave singing with outrage and filled with love,” she says.

The production will be a “musical reading” or a concert-style performance, similar to a staged reading of a play.

“Combining cadenced dialogue and songs, the actors will move dynamically on the stage, and sometimes off, near the audience,” she says.

Also in the cast are jazz singer Charmaine Clamor, who plays an activist lawyer, and poet Oscar Peñaranda, who handles narration duties.

Though the musical is about an incident from the past, it addresses current (and recurring) issues.

Bonnivier says, “We are performing in a neighborhood that is undergoing gentrification, where eviction notices are served daily to people who have lived in their homes there for decades.”

The characters in this musical have been percolating in Bonnivier’s mind for over 20 years. The Gabi character, in particular, is a composite of the men from her childhood.

“I grew up in what is now called ‘Historic Filipinotown’ in Los Angeles. The manongs then were still young and were called ‘the boys.’ They came over to our house because they didn’t have any family here. 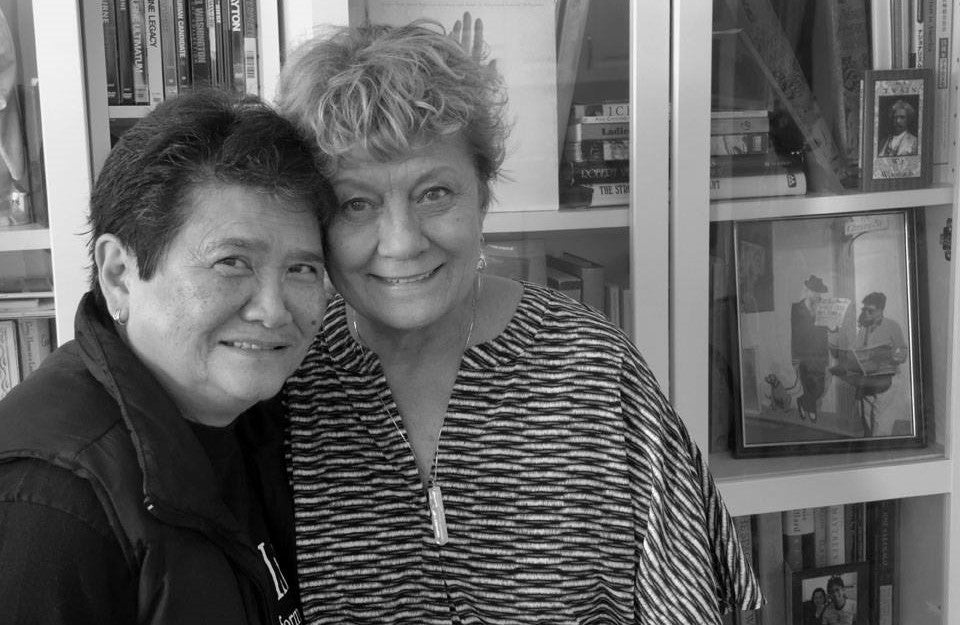 “My father died before I was born, so they were collectively my father. Most of them were farmers or bartenders or house boys/chauffeurs.”

Co-writing the musical is Reme Grefalda, who is a playwright and director, and was previously artistic director of QBd Ink, a Filipino American theater group based in Washington, DC that was active in the 1990s to the early 2000s.

The music, by jazz musician, musical director and film composer Winston Raval, will incorporate gongs and flutes from the Banaue region of the Philippines.

“The music moves fluidly to the reeds and drums of ancient Ireland, to the music of the ‘60s and ‘70s, and to both smooth and searing contemporary jazz,” she says.

The reading will be directed by Nenita “Tita” Pambid and Ferdinand Galang.

Pambid has trained with Philippine Educational Theater Association in Manila and the Lee Strasberg Theatre and Film Institute in Los Angeles. She works in theater, television and film.

Galang has worked in film and television in the Philippines and is currently developing several films under his production company Third Millennium Projects.

Part of the proceeds of “Warrior” will go to the Philippine Heritage Collection of Echo Park Public Library.

“Warrior” runs Feb. 24 and 25 at The Sanctuary, Pico-Union Project, 12th St. and Valencia, Los Angeles. Tickets at Tickettailor.com. Fundraising page is at Gofundme.com/warrior-the-musical-reading.