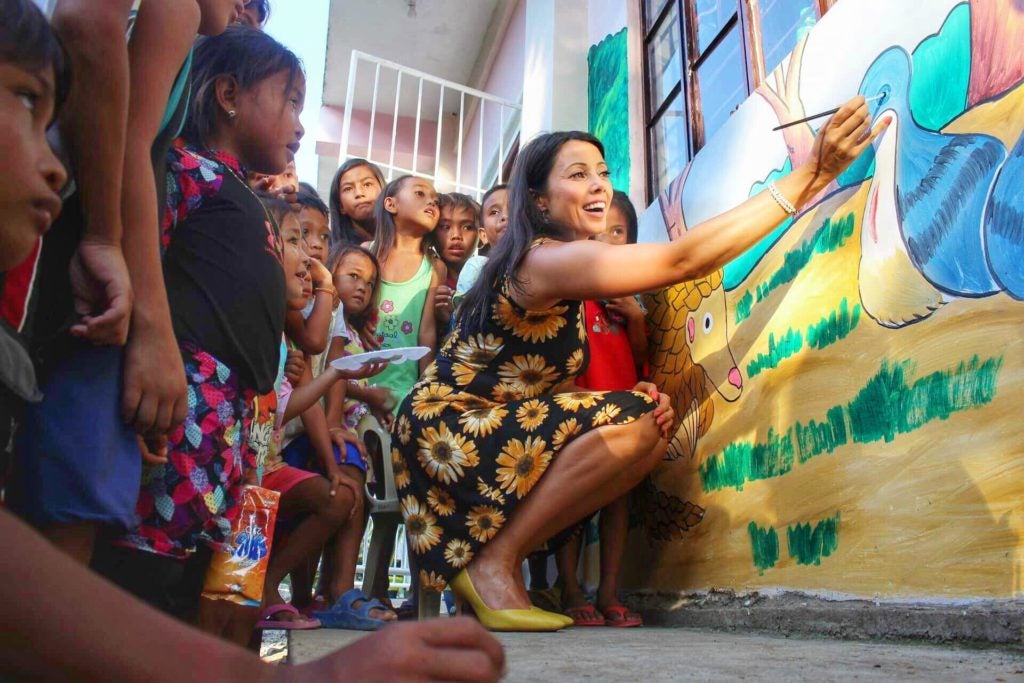 Rachel Grant painting with children at her school project. CONTRIBUTED

Travel they say makes one wiser. For actress Rachel Grant, wisdom came with the eye to see beyond the beauty of her birthplace, the Philippines.

Grant, famed as a Bond Girl who starred opposite Pierce Brosnan in the movie “Die Another Day,” engages the local culture in various islands of the Philippines. She renders time for reflection in her adventures and exploration, then presents them to her followers with gusto.

Grant is on a mission to show the beauty of the Philippines, one destination at a time. Born in Luzon and raised in the United Kingdom, Grant’s tour of the Philippines is documented by Storia, a unique social multimedia platform that curates and creates user-generated contents that entertain and inform. 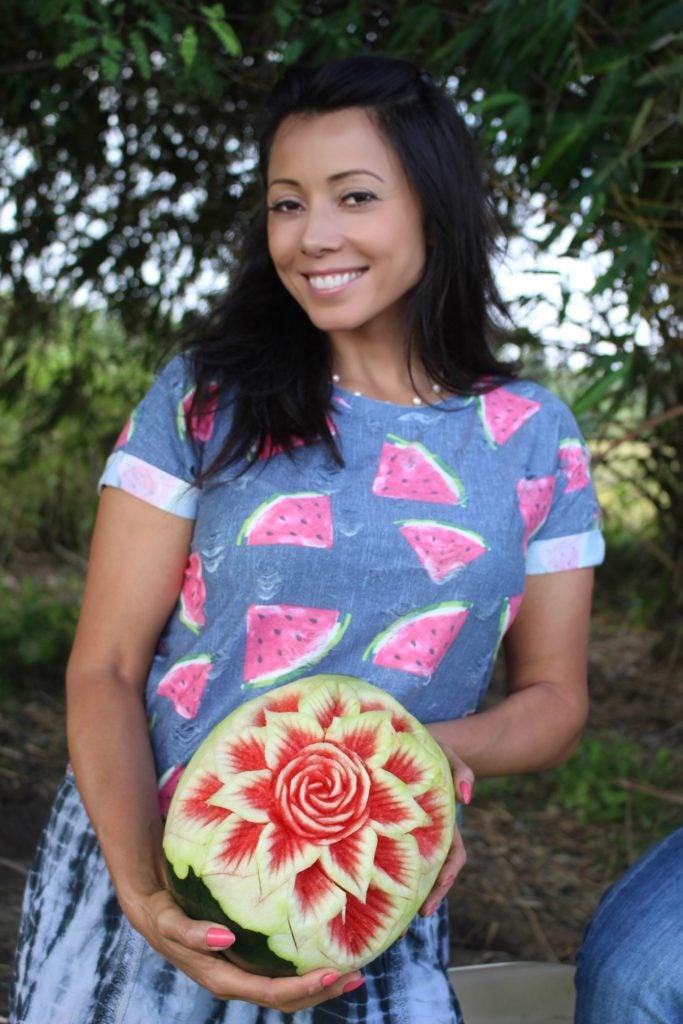 Grant holds a decorated fruit at the Watermelon Festival in Bani, Pangasinan. CONTRIBUTED

Grant’s partnership with Storia gives birth to a 12-part video series entitled “Fun in the Philippines.”  The Department of Tourism has endorsed Grant’s videos.

In one of the released videos, Grant sips coconut juice as she gets “boiled” inside inside a large wok filled with spring water with local herbs and flowers. Her Kawa Hot Bath experience was facilitated by the Kayak Inn in Tibiao, Antique. 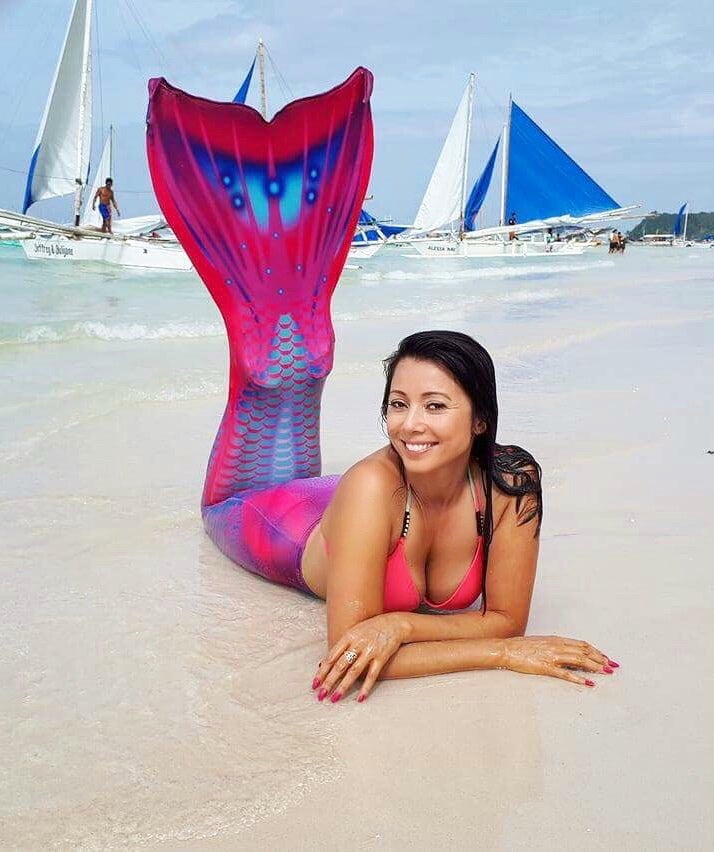 Grant learns how to swim like a mermaid at the Philippine Mermaid Swimming Academy in Boracay. CONTRIBUTED

In another, she is thrilled by the possibility of playing footsies at the Labasin Waterfalls Restaurant. Located at Villa Escudero in Tiaong, Quezon, the restaurant affords diners to enjoy local cuisine at the base of a waterfall.

In her Hundred Islands National Park tour, Grant explores hollow caves and under the water adventures of a lifetime.

Grant is also slated to visit a coconut palace; the “Calabeng Falls” in Bani, Pangasinan; and “Angel Cave,” an underground cave system that Grant helped discover. 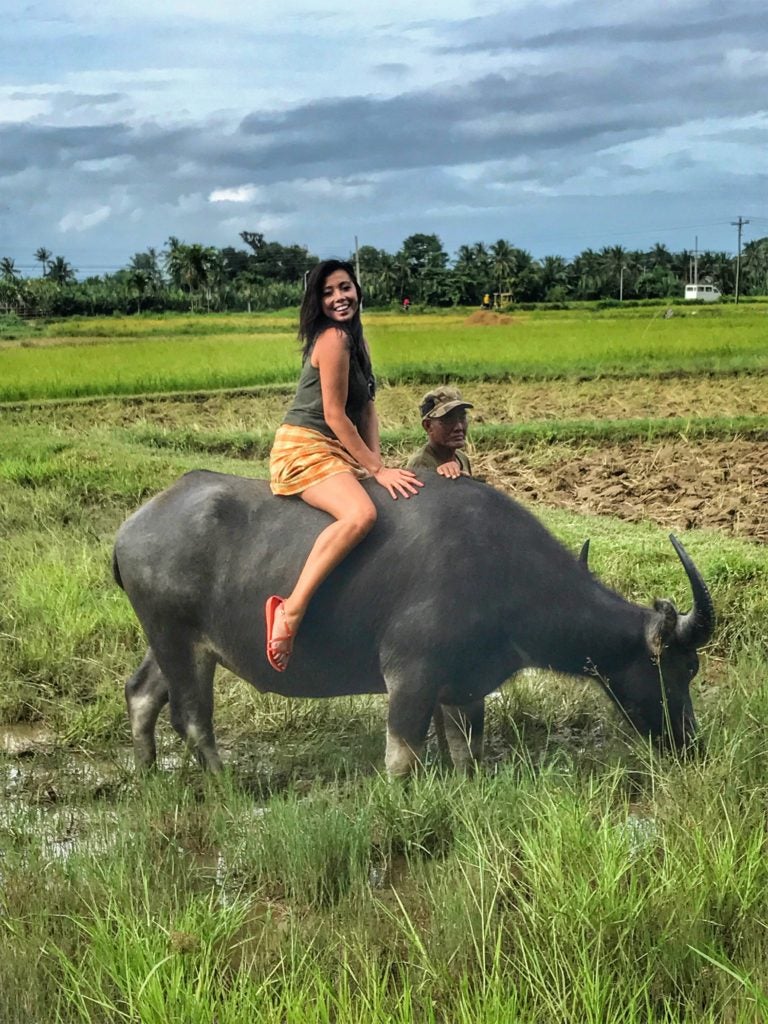 Grant seizes the moment to ride a carabao (water buffalo) in the rice fields of Motag Living Museum, beside Boracay, Philippines. CONTRIBUTED

Off-cam, Grant is deeply involved in humanitarian efforts. In one of the Storia videos, Grant tells of  her initiative to establish an evacuation center in  Bani, Pangasinan for the residents who were displaced by Typhoon Emong in 2009. The center is near a relocation area called Fountain of Love and also serves as the community’s school. 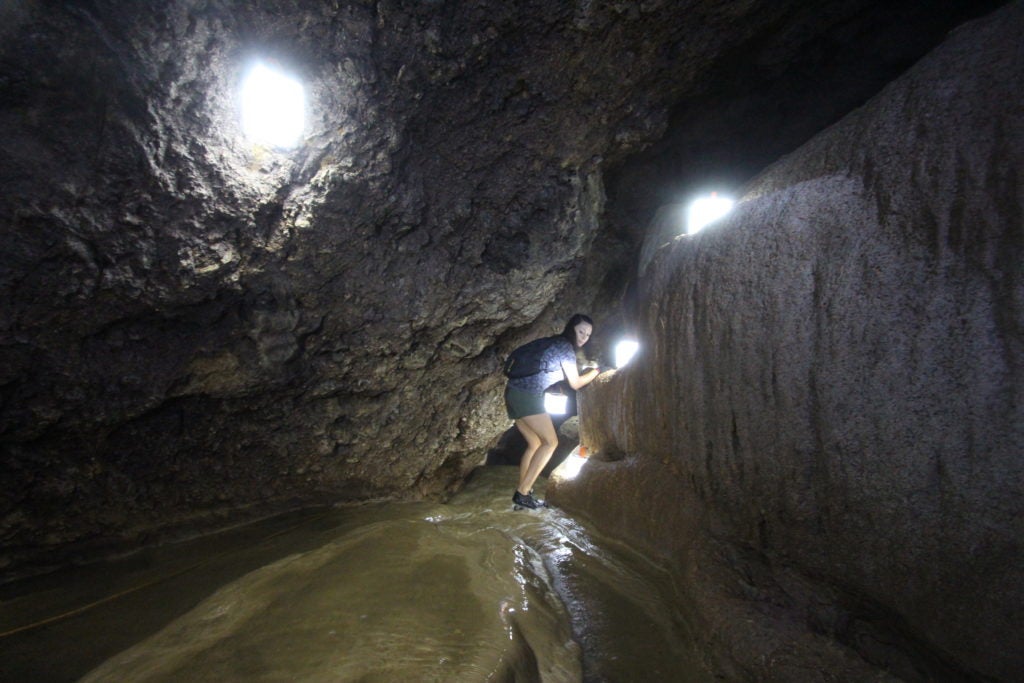 Grant is a rising viral video star whose first hit viral content was a 2-minute video entitled “How to pack over 100 items into a carry-on.” Since its release in August 2016, the video has been covered by over 200 websites, aired across the globe, and was even shared by Oprah, Ashton Kutcher, and TIME magazine. Local publications have also shared the content.

A recipient of the Shorty Award, Rachel’s other videos on travel and lifestyle have also accumulated over 100 million views.

Log onto the following links to view Grant’s adventures: