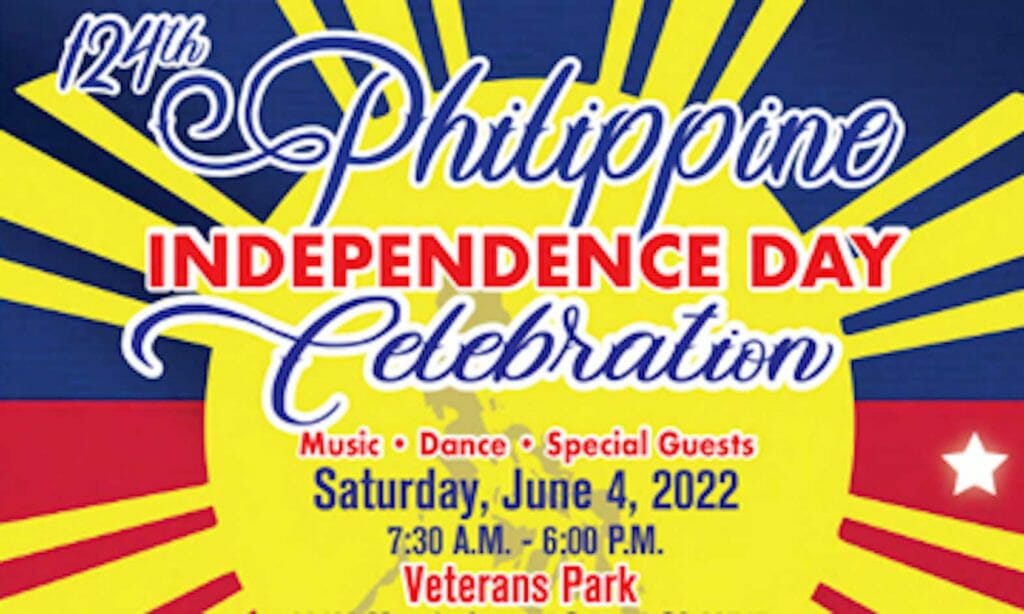 CARSON, California – An all-day festival with  non-stop cultural and patriotic performances and various entertainments for the entire family will mark the 124th anniversary of Philippine Independence Day in the City of Carson, California.

Topping the list of this year’s guests is multi-award -winning singer and actress, Rachel Alejandro. Rachel had several hit songs that include Mr. Kupido, Paalam Na, Bulag Sa Katotohanan, and Nakapagtataka to name a few. Rachel has also enjoyed success as an actress, appearing in films and theater productions.

In 2018, she starred in the Philippine-Australian jukebox musical “All Out of Love: The Musical,” which is based on the songs of Air Supply. Rachel subsequently portrayed Aurora Quezon in the 2019 film “Quezon’s Game” which garnered her several best actress awards. She currently stars in her first teleserye called “The Broken Marriage Vow.” A parade of reigning beauty queens representing various regions from the Philippines will cap the celebration.

“We’re excited that after two years of having to celebrate virtually due to the global COVID-19 pandemic, we’re once again able to have some sense of normalcy and celebrate together as a CommUNITY,” said President of the Philippine Independence Day Foundation, Fred Docdocil.

“Thank you for giving the community the opportunity to see and experience the richness of Philippine history and culture, and for making a wonderful contribution to the ethnic diversity that makes Carson great,” said Carson Mayor Lula Davis-Holmes.

The annual celebration is a joint undertaking of the City of Carson and the Philippine Independence Day Foundation. For more information about the event, please contact Veterans Park at (310) 830-9991.