We lived through Trump, we can deal with second coming of Marcos

We lived through Trump, we can deal with second coming of Marcos 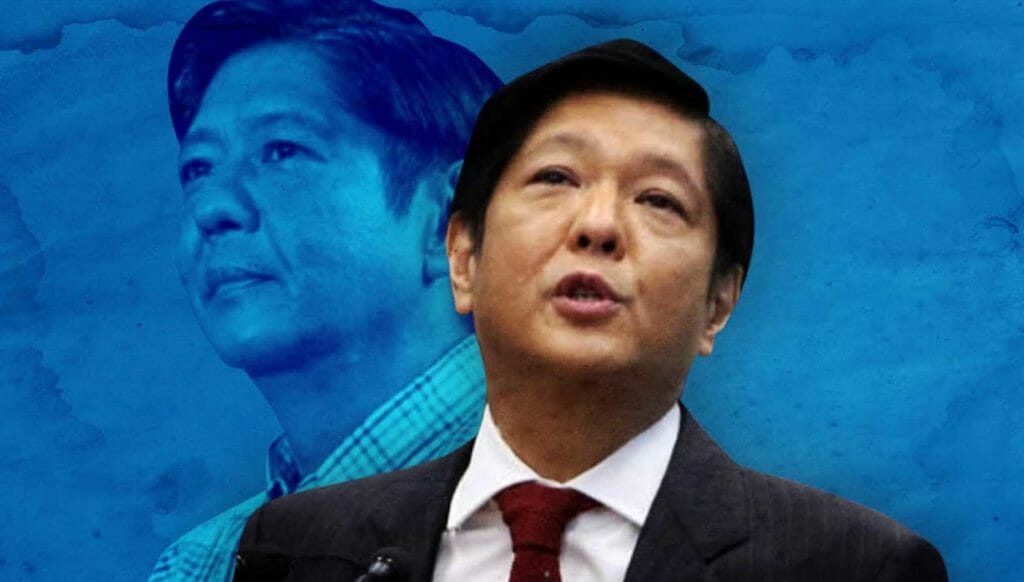 If you were around for the Trump election in November 2016, remember that moment.  Really feel what that was like.

Here’s how to make this Philippine election understandable for the world, especially to Filipino Americans.

If you were around for the Trump election in November 2016, remember that moment.  Really feel what that was like. That’s when a man who never should’ve been elected president won the presidency of the United States, and then went on to become the worst president in our country’s history.

With Bongbong Marcos, it’s like déjà vu, but we should all be able to live with it, until the Filipinos who really have the best interests of the people and the country figure out how to lead Asia’s oldest democracy.

But whatever happens, what’s happening in the Philippines right now is just indicative of the fate of democracies around the world.

They’re finding democracy hard to sustain when money drives politics in an environment where media’s truth tellers can be bypassed by social media that can easily manipulate an uncritical public.

It makes it impossible for leaders to lead. All that’s left are identifiable political brands. People just follow logos and billboards down some path. In this case, the Marcos brand has been rehabilitated enough to win a presidency.

It was never close.

The pre-election polls aren’t usually wrong on a predicted landslide. Not unless people lie to survey takers. Or play some other kind of trick. At some point you just have to take the early signs as indicative of the people truly speaking out. Yes, there were some instances of irregularities, but not enough to overcome the flood of votes that came in for Marcos, Jr.

The flood of BongBongmania was clear.  And if you’re a political opponent, when the early votes are so dominantly one way, there’s nothing left to do but show your love of country.

As election night came to a close, Dictator Junior, Bongbong Marcos, BBM, whatever you choose to call him, had such a lead that counting votes was a mere formality.

So, Leni Robredo could do nothing else but show her leadership and try to accept her fate on election night with grace and dignity.

“The voice of Filipino voters is becoming clearer and clearer,” said VIce President Robredo in an address livestreamed early on Tuesday in the Philippines on Facebook. “For the sake of the Philippines, we should listen to that voice.”

There was really nothing more to say.

When Marcos and his family fled the country in shame and exile on Feb. 25, 1986, millions of Filipinos were on the street. Democracy was direct and loud and could not be ignored. The people knew the difference between a dictator and a president. And the president in Malacañan was exposed.

Ferdinand Marcos realized he had nothing to say to People Power. All he could do was slink away. In shame.  Marcos and his family was lucky to get out alive.

But now 36 years later the Marcoses are back like a tumor.  Benign? Malignant? We’ll have to see. Filipinos are welcoming it.

It wasn’t all at once, it was gradual, over time. And surely Rodrigo Duterte had something to do with it, greasing the process by giving Marcos the ultimate penance, a hero’s burial back in 2016. That was it. And then it was the living’s turn to re-establish normalcy, Imelda, BongBong, Imee, et al.

The Filipinos let them all back in.

Bongbong was not automatically embraced to get his own set of keys to Malacañan. But it says something when the best of the nation’s politicians run, including the current vice president, members of the Congress, and local leaders, and Filipinos can’t even find someone from among the untainted.

They choose overwhelmingly a name they recognized. The father screwed them over, but maybe the son will learn to be less greedy?

The people went with the devil they know, because the others have not delivered enough to be devil or angel.

Not even the boxing champ Pacquiao could convince the nation that he was the politician who knew what was best for them. And why? Maybe because boxing has a worse reputation for honesty and fairness than politics? And Pacquiao is far from the brightest bulb in a society prone to brownouts. Or was Robredo, with her veep experience, the best bet?

There’s no sexism in politics. The Philippines has tried female leadership. It knows the failure of Gloria Macapagal Arroyo, and even the great hope of Corazon Aquino.  Robredo was arguably better than those two, but was she up to the task? She was trustworthy and competent,  but could she lead the Philippines in the geo-political ways of the world in 2022 and beyond?

Russia and Putin are standing up irrationally to the West and maybe wants to be more like North Korea than China. And China, baffled by the coronavirus is unsure of how to position itself, though it seems to want to bully the Philippines at will.

Is Robredo the one with the sharp elbows to play in this game? The people clearly felt the Philippines needed a someone with just enough “bad guy” authoritarianism in his DNA, if not resume.

Bongbong is but a hood ornament. But as the second coming of Marcos, Filipinos must think he could scare the world.

But we don’t really know. BBM didn’t debate. He had trolls do his bidding. And his record of political accomplishments shows no real capacity to lead the Philippines out of or into anything good or bad.

He’s the dictator’s son. He’s not even Kim Jong Un. He’s got a name And the nickname. What’s he stand for besides that? Filipinos went with a brand. Is that so unusual?

To her credit, Robredo is at least being mindful. The people have spoken. Nothing left but to keep working for the good of the country. Filipinos must shoulder on. And just like Americans found out under Trump, this moment will be over before you know it. Bumpy, yes. But it too will pass.

Emil Guillermo is a journalist and commentator. He writes a column for the North American bureau.

NOTE: I will talk about this column and other matters on “Emil Amok’s Takeout,” my micro-talk show. Live @2p Pacific. Livestream on Facebook; my YouTube channel; and Twitter. Catch the recordings on www.amok.com.

MOST READ
usa Top 10 Richest Companies in the World as of 2022
usa Stepfather in Hawaii found guilty of chaining minor to floor
usa Fil-Am students learn link of intimate-partner abuse to colonial past
usa How 3D Printing Is Revolutionizing How We Make Things
usa Fil-Am graduates with 7 trade certificates from San Diego college
usa 4 easy steps to get a higher credit card limit
usa Maui’s annual barrio Fiesta set in honor of folk dance icon
DID YOU KNOW?
A Beginner’s Guide to Buying a Vacuum Cleaner in 2022
Island Hopping in Tulum: The 12 Best All-Inclusive Tulum Resorts
How to Dispute a Debt and Win | Simple Tactics
The 12 Best Lat Exercises for Muscle Growth
Countdown to summer: tips for learning how to surf
User Guide: How to Track a Lost iPhone